James Pattinson's ban opens the door to Mitchell Starc to play in the Australia vs Pakistan 1st Test at Brisbane starting on Thursday. 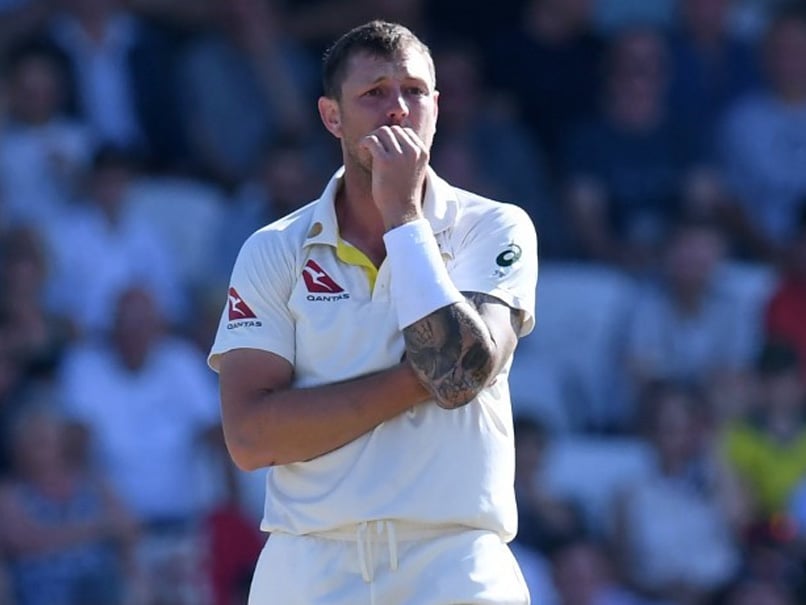 Australia vs Pakistan: James Pattinson will miss the 1st Test after being a handed one-match suspension.© AFP

Australia fast bowler James Pattinson was suspended on Sunday for player abuse, ruling him out of the first Test against Pakistan this week. The paceman was found guilty of breaching Cricket Australia's code of conduct during Victoria's Sheffield Shield game against Queensland last week. It was not clear what he said, but the governing body characterised it as "personal abuse of a player while fielding". Given it was his third breach in the past 18 months, the incident triggered a one-match suspension.

"We have a duty to uphold the highest standards of behaviour and the action taken in this matter demonstrates that," CA's head of integrity and security Sean Carroll said in a statement.

Pattinson's ban opens the door to Mitchell Starc to play in the Test at Brisbane starting on Thursday.

The two were seen to be competing for one bowling slot to partner Josh Hazelwood, Pat Cummins, and Nathan Lyon.

"I made a mistake in the heat of the moment," said Pattinson, who admitted the offence.

"Straight away I realised I was in the wrong, and I apologised immediately, both to the opponent and to the umpires.

"I have done the wrong thing and accept the penalty. I'm gutted to miss a Test match, but the standards are there for a reason and the fault is mine."

He was found guilty of two separate breaches in March this year, the first for abuse of equipment in a match against NSW and the second for showing dissent during a Shield game in Adelaide a week later. These offences were considered minor and classified as Level One breaches.

CA said no replacement will be called up for the Test squad.

Mitchell Starc Australia vs Pakistan, 1st Test Cricket
Get the latest updates on IND vs NZ 2021, check out the Schedule and Live Score . Like us on Facebook or follow us on Twitter for more sports updates. You can also download the NDTV Cricket app for Android or iOS.