Keeping up with Deepak Chahar's trend, Australia's Mitchell Swepson picked up a hat-trick in a Sheffield Shield match against Victoria. 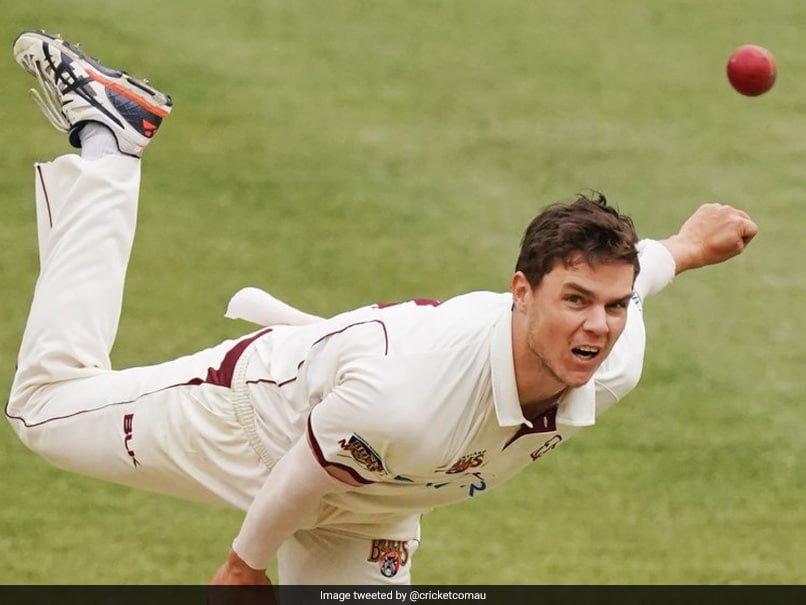 Bowlers in different parts of the world seem to have taken liking to picking up hat-tricks for fun. First, India's Deepak Chahar took hat-trick in a Twenty20 International (T20I) against Bangladesh on Sunday to kick-start the trend and then almost repeated the same performance within 48 hours in a domestic T20 match. Captaining Rajasthan in Syed Mushtaq Ali Trophy, Deepak Chahar dismissed three Vidarbha batsmen off three consecutive legal deliveries. Now, a day later, keeping up with Chahar's trend, Australia's Mitchell Swepson has picked up a hat-trick in a Sheffield Shield match against Victoria.

Playing for Queensland, Swepson removed Will Sutherland on the last ball of the 110th over of the inning. Then, he came back in the next over to dismiss James Pattinson and Peter Siddle on the first two balls, thus completing his first-class hat-trick.

Interestingly, Swepson's three hat-tricks dismissals were all leg before wicket.

Siddle was the last wicket to fall as Victoria declared their first innings at 300/9, after taking a hefty lead of 117 runs after restricting Queensland to 183 all out.

The last few days have proved to be very fruitful for India's Deepak Chahar as he became the second Indian to claim a T20I hat-trick and returned with six for seven in the third and the final T20I match, which India won by 30 runs in Nagpur on Sunday.

In that match, he had also registered the best-ever T20I figures in men's cricket as he went past Ajantha Mendis, who had taken six wickets for eight runs against Zimbabwe.

Two days later, on Tuesday, he removed Darshan Nalkande, Shrikant Wagh and Akshay Wadkar off successive legal deliveries in a rain-curtailed domestic T20 match and returned figures of 4/18 in his three overs.

Australia Cricket Team Deepak Chahar Mitchell Swepson Cricket
Get the latest updates on SA vs IND 2021-22, check out the Schedule and Live Score . Like us on Facebook or follow us on Twitter for more sports updates. You can also download the NDTV Cricket app for Android or iOS.