Steve Smith took 39 balls and over 43 minutes to get off the mark on the opening day of third and final Australia vs New Zealand Test. 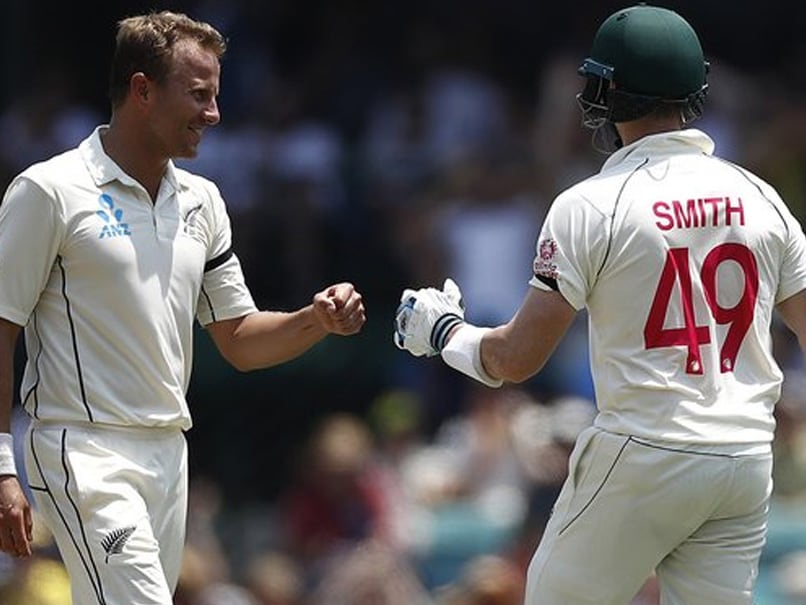 Steve Smith and Neil Wagner were all smiles after the former took 39 balls to get off the mark.© Twitter

Marnus Labuschagne scored his fourth century in five Tests as Australia continued their domination over the visiting New Zealand side in Sydney on Friday. Giving the 25-year-old company, was a usual face -- Steve Smith. And while the Australian maestro scored his 29th Test half-century, he didn't have it all his way at the Sydney Cricket Ground (SCG). The former Australian skipper took 39 balls, 43 minutes to get off the mark. A huge cheer rang out at the SCG with Smith even getting a friendly barge from New Zealand pacer Neil Wagner.

After facing 38 dot balls, Steve Smith nudged a Wagner delivery to square leg and set off for a quick single, almost resulting in Labuschagne getting run out.

After completing the single, Wagner gave Smith friendly push before the Australian raised his hand to acknowlege the loud cheers from fans at the SCG.

Australia have already clinched the three-match series by taking a 2-0 unbeatable lead by winning the first two Tests.

Australia won the toss and chose to bat against the visitors, who made five changes to the team that lost the Boxing Day Test in Melbourne by 247 runs.

Opener Joe Burns fell in the 15th over, squared up by Colin de Grandhomme and caught by Ross Taylor at first slip for 18.

David Warner fell again to the leg-side trap after the lunch interval when he was caught by de Grandhomme at leg gully off his nemesis Neil Wagner for 45.

Labuschagne and Smith got together to put on a 156-run stand for the third wicket before de Grandhomme struck again to get the big scalp of Smith for 63.

Australia didn't anymore setbacks on the opening day and were 283 for three when stumps were called.

Steven Smith Neil Wagner Marnus Labuschagne Australia vs New Zealand, 3rd Test Cricket
Get the latest updates on IND vs NZ 2021, check out the Schedule and Live Score . Like us on Facebook or follow us on Twitter for more sports updates. You can also download the NDTV Cricket app for Android or iOS.