Tim Paine pointed to teamwork on Sunday as the crucial factor in Australia winning all four home Tests so far this summer -- and all inside four days. 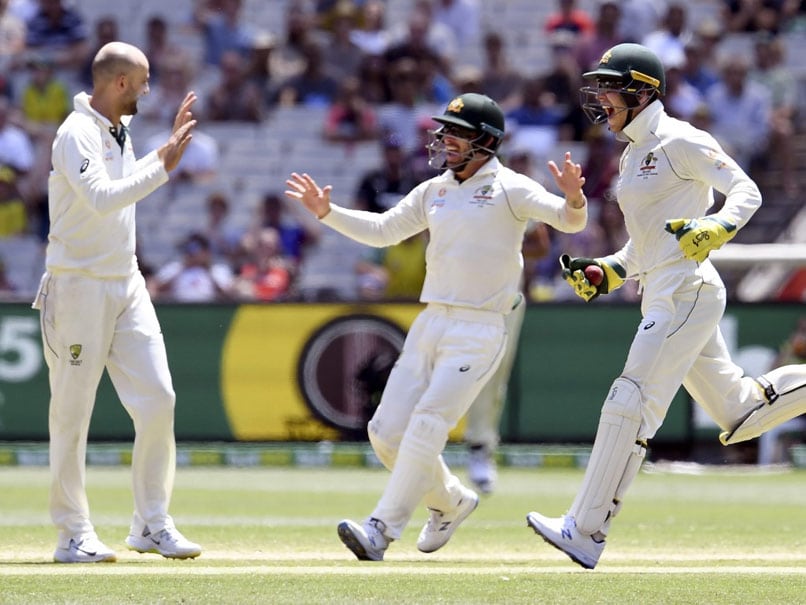 Captain Tim Paine pointed to teamwork on Sunday as the crucial factor in Australia winning all four home Tests so far this summer -- and all inside four days. After crushing Pakistan twice, they have now done the same to New Zealand, wrapping up their three-Test series against the Black Caps with a 247-run thrashing in Melbourne. A first-innings Travis Head century, 85 from Steve Smith and 79 by Paine took the game away from the visitors after Australia lost the toss and were put into bat.

Paine said it was all about players stepping up when others were having an off day.

"I think it shows that we're starting to spread the load," he said.

"We just keep driving that home to all our team," he added.

"If we keep building pressure as a team we've got some absolute firepower and we know that all of them are going to have their day in the sun."

Paine said the same applied to the batting, where some fired in Melbourne and others didn't.

"The same with the batting, trying to build partnerships, trying to take teams' bowlers really deep, make them bowl lots of overs," he said.

"At some stage we're all going to get a chance to score lots of runs as well."

Australia, who retained the Ashes in England heading into the home summer, have one final Test against the Black Caps in Sydney later this week.

Paine said he wanted the same intensity for that game, which meant muted celebrations in Melbourne with such a short turnaround.

"We want to win every Test match, there's no doubt about that," he said.

"We know we've wrapped up the series here today, which was pleasing, but with the (ICC) Test match championship every Test is really important.

"So winning the series is almost less important until we wrap up next week hopefully with another good win."

Comments
Topics mentioned in this article
Tim Paine Cricket
Get the latest updates on ICC T20 Worldcup 2022 and CWG 2022 check out the Schedule, Live Score and Medals Tally. Like us on Facebook or follow us on Twitter for more sports updates. You can also download the NDTV Cricket app for Android or iOS.