Australia vs India: Will Pucovski has long been seen as one of his country's brightest prospects, but has battled concussion and mental health issues. 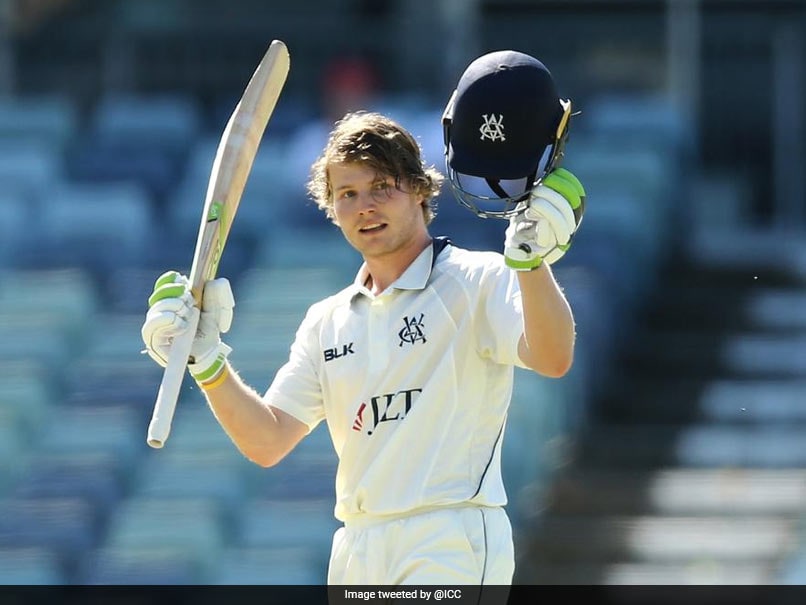 Australia's selectors were under pressure Tuesday to pick Will Pucovski as an opening batsman for the Test series against India after the young prodigy smacked back-to-back double centuries. The 22-year-old hit an unbeaten 255 for Victoria in the Sheffield Shield last week, sharing a record opening stand of 486 runs with Marcus Harris against South Australia. He followed it with 202 against Western Australia on Monday which saw former Australia captains add their weight to calls for him to open alongside David Warner, at the expense of incumbent Joe Burns.

"It's against a good team, India, but this kid's ready... now is his time," former skipper Michael Clarke told reporters.

"Got to pick him. The fact this series is in Australia is a great way to get him into that Test team as well. He is playing in conditions he is accustomed to."

"I would definitely be picking him for the first Test against India," Waugh told Fox Sports. "He should be picked as an opening batsman."

"Joe Burns has got a decent enough record, but his start to the season hasn't been ideal and he just hasn't nailed that spot down."

"(Coach) Justin Langer is big on loyalty and winning combinations," he told AFP.

"A lot of people have put Burns under the microscope but the fact is he's done very well with Warner, they have tremendous chemistry which is so important for a partnership.

"So I'm not so sure that will be broken up."

Selectors are finalising the squad for the first of four Tests against India in Adelaide on December 17, with Australia's top six largely settled apart from Warner's opening partner.

Pucovski has long been seen as one of Australia's brightest prospects, but has battled concussion and mental health issues.

He was in the national set-up last summer against Sri Lanka, but after being overlooked for the first and again missing out on the second was released to return home and deal with his issues.

Elsewhere in the Sheffield Shield, former Test opener Matt Renshaw sent his own reminder with an unbeaten 168, while fellow Queenslander Mitchell Swepson took 5-55.

It was Swepson's third five-wicket haul in succession, cementing his burgeoning reputation as one of Australia's most promising spinners.

Michael Clarke
Get the latest updates on ICC T20 Worldcup 2022, check out the Schedule and Live Score. Like us on Facebook or follow us on Twitter for more sports updates. You can also download the NDTV Cricket app for Android or iOS.