Australia head coach Justin Langer had to wear Mitchell Marsh's kit during a training session after he lost a bet to the all-rounder. 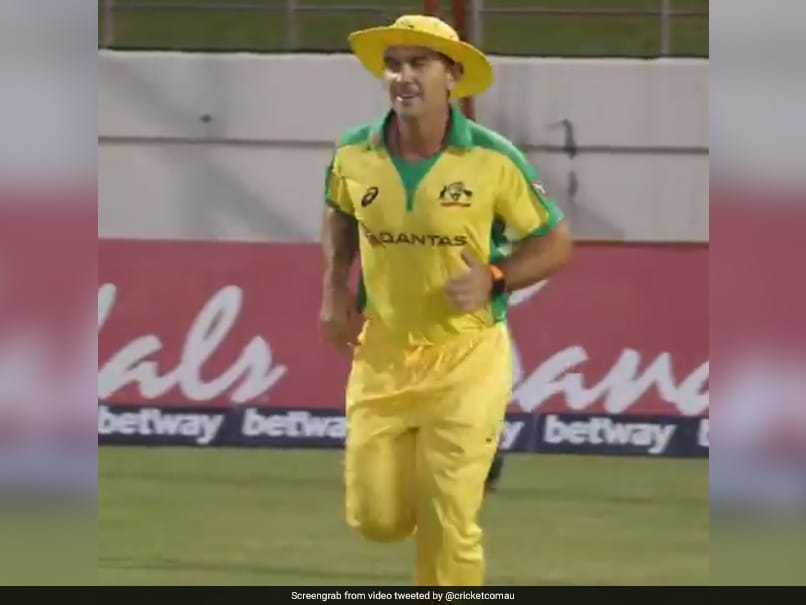 Australia men's cricket team's head coach Justin Langerwas once again seen in yellow colours during one of their warm-up sessions on Tuesday ahead of their fourth T20I match against the West Indies. In a video tweeted by Cricket Australia, Langer was seen running around wearing all-rounder Mitchell Marsh's full kit. The reason behind Australian coach wearing Marsh's kit was a bet that he lost to the all-rounder. After Justin Langer's @WestCoastEagles lost to Mitch Marsh's@NMFCOffical in the @AFL, the coach was made to 'kit up' for the Aussies' warm-up on Tuesday, Cricket Australia captioned the video along with two hashtags #WIvAUS #AFLEaglesNorth.

After Justin Langer's @WestCoastEagles lost to Mitch Marsh's @NMFCOffical in the @AFL, the coach was made to 'kit up' for the Aussies' warm-up on Tuesday!#WIvAUS #AFLEaglesNorth pic.twitter.com/2CpoNinb9P

Langer's video in the yellow kit has been widely shared on the internet.

In the footage, when asked about Langer's outfit, all-rounder Dan Christian said, "I am not sure of the exact bet. But it has something to do with West Coast Eagles and North Melbourne Kangaroos' game."

"I am not sure what would have happened if West Coast would have defeated North.  I don't know what Mitch would have to wear. Maybe he would have had to wear some of JL's cloth, small men's training kit. But, I think something like that," he added.

On Monday, Langer's beloved Eagles went down by 10 points to North Melbourne. Interestingly, Mitch's cousin Brad Sheppard plays for the Eagles as a defender.

A cricket enthusiast requested Australian management to make Langer open the innings in the next game.

"Make him get on the pitch we need a good opener," the user wrote.

Another follower was surprised to see Marsh supporting North. "Mitch Marsh is a Norf supporter," read the comment.