The Indian cricketers have been sharing pictures on social media of themselves around beautiful beaches as the team tours the West Indies. 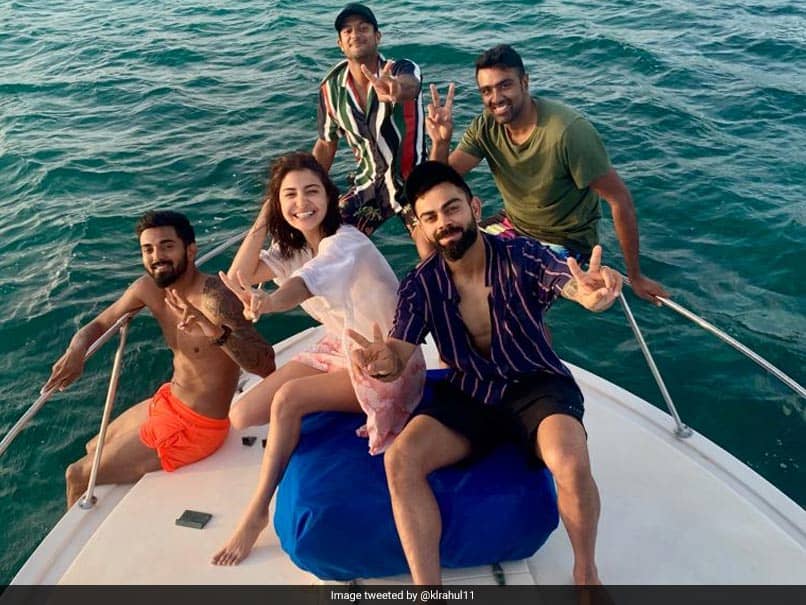 Virat Kohli and company are on cloud nine after a terrific 318-run victory over the West Indies in the first Test of the two-match series. The team ticked all boxes, both in batting and bowling, to leave the West Indies defeated within four days in Antigua. After an unassailable 1-0 lead in the series, Virat Kohli and his boys are chilling out on the seas around the Caribbean islands as they take some time off. Bollywood actress Anushka Sharma, who is accompanying husband Virat Kohli on his West Indies tour, also joined the boys for a boat party.

KL Rahul took to Twitter to share a picture in which Virat Kohli, Anushka Sharma, R Ashwin and Mayank Agarwal along with him could be seen having fun. As they pose all smiles for the camera, Rahul captioned the picture, "Endless blues."

R Ashwin also shared the same picture with an elaborated caption, informing tweeple about the mesmeric location. "Seaside plus sunset is a deadly combination," he wrote.

Seaside plus sunset is a deadly combinationpic.twitter.com/u7YpSQR9db

Eyeing a clean sweep, India will take on the West Indies in the second and final Test, beginning from August 30, in Jamaica. India have thumped the West Indies 3-0 in the T20I series and emerged victorious 2-0 in the three-match ODI series.

KL Rahul West Indies vs India 2019 Cricket
Get the latest updates on India vs England Series, India vs England , live score and IPL 2021 Auction . Like us on Facebook or follow us on Twitter for more sports updates. You can also download the NDTV Cricket app for Android or iOS.