"One Of The Most Memorable Moments": Amit Mishra On Batting With Sachin Tendulkar

Amit Mishra considers batting with Sachin Tendulkar during the 2011 series against England one of the highlights of his career. 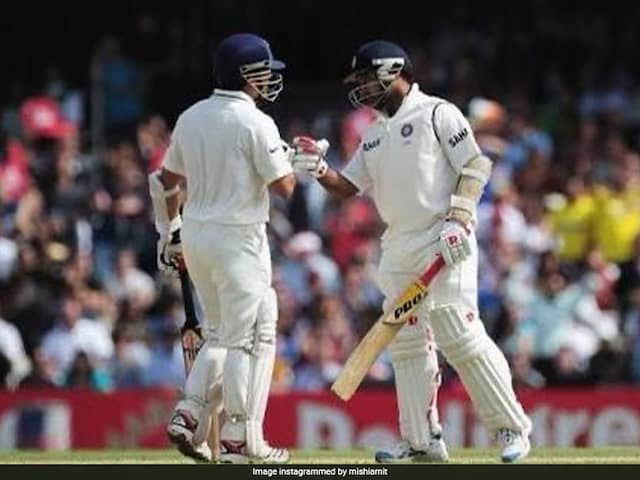 Amit Mishra talked about batting with Sachin Tendulkar in 2011 against England.© Instagram

India leg-spinner Amit Mishra was involved in an Instagram Live session with his IPL team Delhi Capitals' official Instagram handle on Sunday. During the chat, Amit Mishra talked about many memories from his career and also shared one of his favourites from the time when he was batting with Sachin Tendulkar in a Test match. Mishra said, " I am really proud to have batted with Sachin paaji in 2011 Test series against England. I think it was one of the most memorable moments of my Test career. I had scored 43 in the first innings and went in as night watchman in the second innings". Mishra added, "Sachin paaji kept guiding me throughout my innings and I ended up scoring 84 while paaji made 91".

Amit Mishra has been a part of the Delhi team in the IPL for the last eight years. Mishra began his IPL career back in 2008.

Since then, Mishra has played 147 matches in the cash-rich league and has scalped 157 wickets with an economy rate of 7.35. Mishra is the only bowler with three IPL hat-tricks to his name.

Delhi Capitals Cricket
Get the latest Cricket news, check out the India cricket schedule, Cricket live score . Like us on Facebook or follow us on Twitter for more sports updates. You can also download the NDTV Cricket app for Android or iOS.