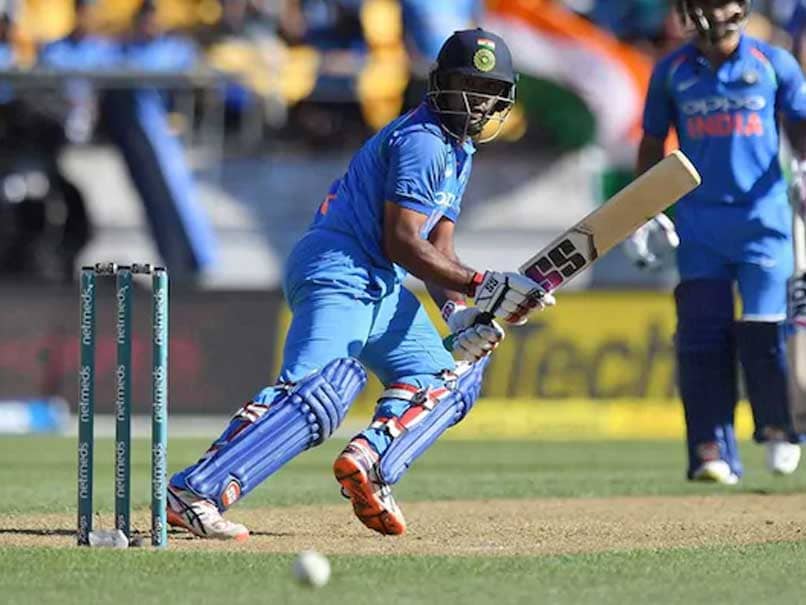 Ambati Rayudu decided to retire from all forms of cricket on July 3.© AFP

Ambati Rayudu, who announced his retirement after being overlooked by the selection committee twice during the World Cup 2019, didn't infuriate Team India chief selector MSK Prasad but entertained him with his cryptic tweet. While announcing the squad for India's upcoming tour of West Indies, MSK Prasad facetiously said he thoroughly enjoyed the "timely" tweet by Ambati Rayudu. Once deemed as best-suited number four batsman, Ambati Rayudu grabbed everyone's attention with his "three-dimensional" remark for all-rounder Vijay Shankar after he was picked for the initial 15-man World Cup squad over the Guntur-based batsman.

Under the captaincy of Virat Kohli, India were knocked out of the World Cup after losing to New Zealand in the semi-final, which was played over two days in Manchester.

When asked if India lost the game because of the number four batsman, MSK Prasad said: "Coming back to the tweet, frankly speaking that was a lovely tweet, I really enjoyed it."

"Seriously, it was a very timely one. I don't know how it struck him but I really enjoyed it," the national chief selector added.

On April 16, Rayudu had tweeted: "Just Ordered a new set of 3d glasses to watch the world cup."

Just Ordered a new set of 3d glasses to watch the world cup ..

After omission, Rayudu was put in the standby list for the World Cup. However, he couldn't make it to the team even after opener Shikhar Dhawan and Shankar left the tournament mid-way with thumb and toe injuries respectively.

"Respected sir, I would like to bring to your kind notice that I have come to decision to step away from the sport and retire from all forms and levels of the game," Rayudu said in an e-mail to the BCCI secretary Amitabh Chaudhary, General Manager for cricket operations Saba Karim and CEO Rahul Johri.

Ambati Rayudu World Cup 2019
Get the latest updates on India vs Australia and check out  Schedule, Results and Live Score. Like us on Facebook or follow us on Twitter for more sports updates. You can also download the NDTV Cricket app for Android or iOS.