Umpire Aleem Dar reacted hilariously after a decision made by him on the field stood on review in a Pakistan Super League match on Wednesday. 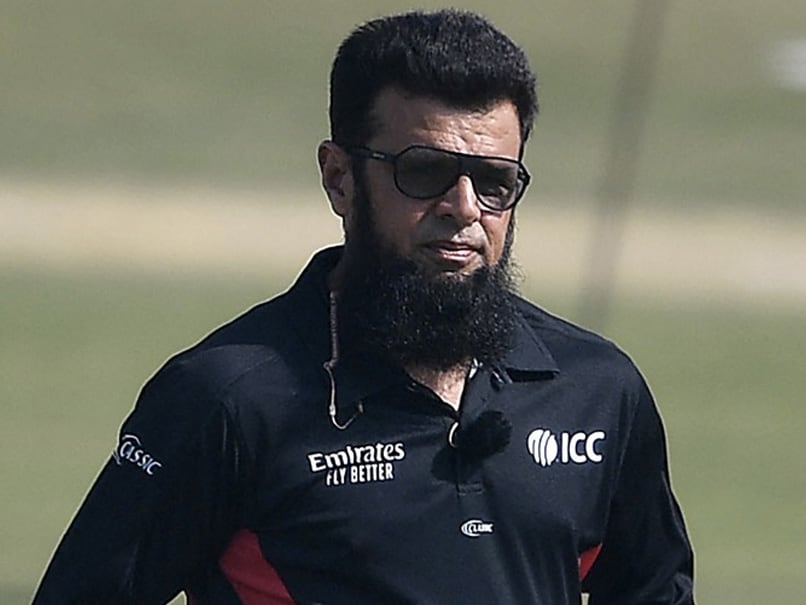 Aleem Dar had his own moment of victory even as Islamabad United beat Karachi Kings in PSL.© AFP

Aleem Dar had a moment to celebrate at the end of Islamabad United's Pakistan Super League match against Karachi Kings on Wednesday as an on-field not out decision stood after a review by Karachi. With an over to spare in the match Islamabad had drawn level with Karachi's score of 196 and when Asif Ali hit one on to his pads before setting off for the winning single, Karachi appealed for an lbw and once the umpire said no, they asked for a DRS. Aleem Dar promptly referred it to the third umpire and replays showed a big spike on Ultra Edge, indicating the batsman had hit the ball. Here is how the experienced official reacted

Aleem Dar Thug Life Moment at the End when they lost the review pic.twitter.com/boldCdV4S7

As the on-field decision stood, Islamabad completed their highest-ever chase in PSL and their second victory this season from as many matches.

Islamabad won the toss and elected to bowl at the National Stadium, Karachi's home ground. Sharjeel Khan hit 105 runs off 59 balls and captain Babar Azam made 62 off 54 to take Karachi to 196 for 3.

In reply, Islamabad were in trouble at one stage at 13 for 2 before Alex Hales' 46 off 21 and Faheem Ashraf's 15-ball 25 revived their innings.

Islamabad went from strength to strength thereafter with vital contributions from Iftikhar Ahmed (49* off 37 balls), Hussain Talat (42 off 31) and Asif (21* off 9 balls), who hit the winning run with five balls to spare and five wickets in hand.

With this win, Islamabad went to the second spot on the points table with four points from four games. Karachi are placed third with two points.

Lahore Qalanders lead the table with four points, though at a better net run rate than Islamabad.