Watch: West Indies Needed 30 Runs Off 6 Balls In 2nd T20I vs England, Then This Happens...

Needing 20 off the final three deliveries, Hosein showed some breathtaking batting skills to hit a hat-trick of sixes. The first one was over deep mid-wicket. The next was clubbed over long-on and the last ball was deposited over the long-off fence. 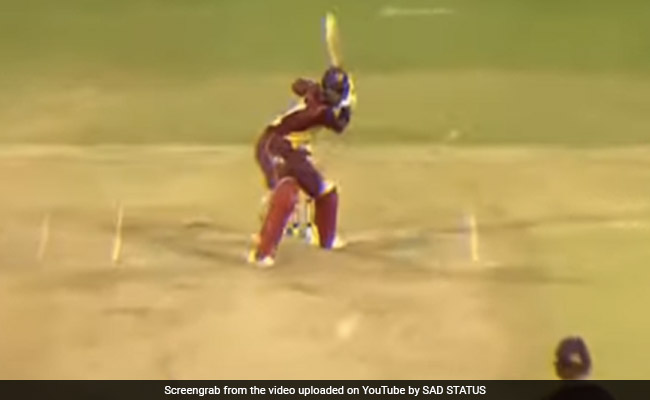 West Indies had lost 8 wickets for 95 in 15.1 overs in their 172-run chase against England in the second T20I at the Kensington Oval in Bridgetown, Barbados when Akeal Hosein joined hands with Romario Shepherd in the middle. The fact that the duo managed to drag the match till the last over was an achievement in itself considering the disappointing show from the top-order but what happened in the final six deliveries of the match is a story in itself.

Akeal Hosein was on strike with West Indies needing 30 runs off the last six balls. Right-arm medium pacer Saqib Mahmood, who had been economical in his previous three overs, had the ball in hand.
Mahmood started off with a wide. The next delivery perhaps should have been called another wide but the umpire thought otherwise. The ploy from Mahmood was clear, he would try to pitch it away from Hosein's reach.

The left-hander was expecting the same thing. He shuffled across to negate the angle and collected consecutive boundaries with two solid hits.

Watch: West Indies score 28 runs of last over but still falls short by 1 run vs England

West Indies now needed 21 off the last 3 balls. Not possible even with three sixes unless Mahmood gave a few extras. And he did gave one in the ball when his attempted wide yorker went too wide.
Needing 20 off the final three deliveries, Hosein showed some breathtaking batting skills to hit a hat-trick of sixes. The first one was over deep mid-wicket. The next was clubbed over long-on and the last ball was deposited over the long-off fence.

The onslaught, however, was not enough as West Indies fell short by a run. Hosein remained unbeaten on 44 off just 16 balls while Shepherd slammed 44* off 28.

Hosein was on his hunches when the England players came to shake hands.

"If you lose early wickets, you tend to struggle. But the way the guys fought at the end, tremendous. Akeal batted really well at the end, spare a word for Shepherd. He's really taken some responsibility. It has (being unable to negate spinners) but we will find a way. We will have games like this but the guys will get through," West Indies captain Kieron Pollard said after the game.

"Yeah, those (dropped catches) really count, we lost by one run today, so yeah, those do cost. But having said that, we finished well. It was a good game of cricket and hopefully, the fans enjoyed it," he added.

With this win, the five-match series is levelled at 1-1. The third T20I will be played on Tuesday.