Ahmed Shehzad dropped a sitter at the boundary during a Pakistan Cup match and then signalled for a TV replay. 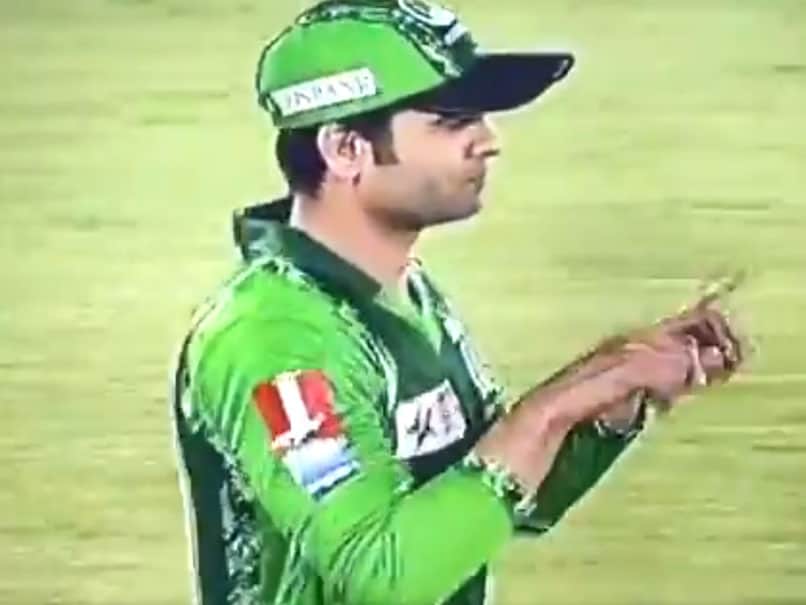 Ahmed Shehzad signalled for a review despite replays showing he picked the ball up from the ground.© Twitter

Ahmed Shehzad has come under fire from fans on Twitter after asking for a TV review despite putting down a catch and picking the ball up from the ground. The incident took place in the final over of the Pakistan Cup match between Federal Areas and Khyber Pakhtunkhwa. Fielding at deep mid-wicket, Ahmed Shehzad dropped a sitter with Khyber Pakhtunkhwa needing three runs to win off the last four balls. Inexplicably, the Pakistan batsman asked for the third umpire's decision despite replays clearly showing Shehzad dropping the catch.

Here is a clip of the video that has gone viral on social media.

Fans on Twitter were left fuming and slammed Ahmed Shehzad for repeating his past mistakes.

Oh lord, he did something similar against Sri Lanka. He must be related to Umar Akmal, both of them don't have a brain between them.

What an actor though

If he is doing this with camera on, think how many batsmen' career he impacted with his cheatings in domestic matches.

He literally pick the ball up off the ground and then asked for a review..... I think I've seen it all now.

Very honest man Mr. Ahmed Shahzad. He thought perhaps grass is a part of his trousers

A fan even put a video of Shehzad doing something similar while playing for the Pakistan national team.

Honesty level Here is another one .pic.twitter.com/UlmQ8r7Fqr

Khyber Pakhtunkhwa went on to win the match by three wickets and with two balls remaining. Pakistan pacer Wahab Riaz was given the Man of the Match award for his figures of 5/52 that helped Khyber Pakhtunkhwa bowl out Federal Areas for 269 in 45.3 overs.

Ahmed Shehzad, who had opened the innings for Federal Areas, was the third highest scorer for his team, hitting 56 off 60 balls.

There was more bad news for Ahmed Shehzad on Thursday with the right-hander's name absent from Pakistan's list of 23 probables for their World Cup 2019 squad.

Pakistan are scheduled to travel to England on April 23. They will play a five-match ODI series against the hosts before moving on to the World Cup, which will be played in England and Wales from May 30.

Wahab Riaz Cricket
Get the latest updates on Fifa Worldcup 2022 and check out  Fifa World Cup Schedule, Stats and Live Cricket Score. Like us on Facebook or follow us on Twitter for more sports updates. You can also download the NDTV Cricket app for Android or iOS.