A series of gender swap pictures for Indian men cricketers have become the new rage on social media. 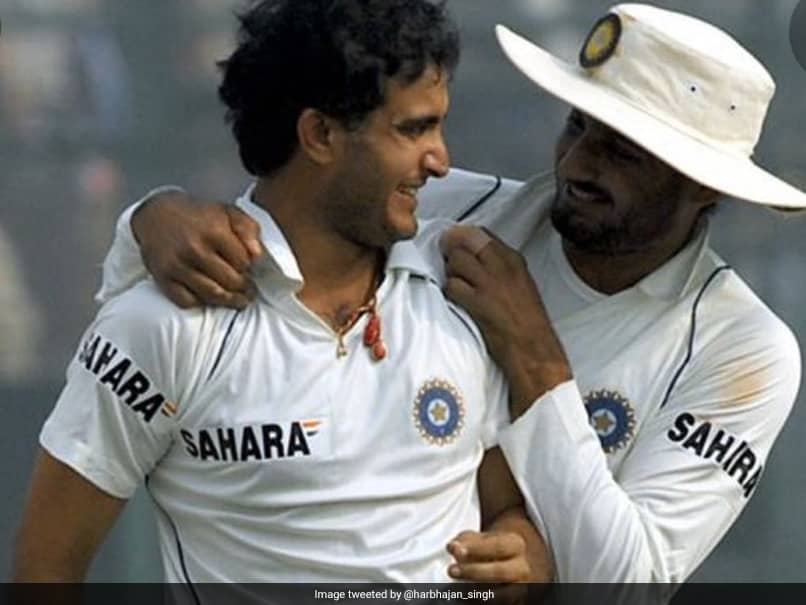 A day after Yuvraj Singh shared gender-swapped photos of current Indian cricketers and asked followers who they would choose as their girlfriend, his former teammate Harbhajan Singh followed the trend but with another twist. Harbhajan, on Tuesday, shared a set of gender-swapped photos of his old teammates, who were all mainstays of the team in the early 2000s. "Who do u wanna go on date," Harbhajan asked in his caption on Instagram. The wily off-spinner added "as @yuvisofficial asked yesterday."

Who do u wanna go on date as @yuvisofficial asked yesterday

Harbhajan's photo featured the likes of legendary batsman Sachin Tendulkar, Rahul Dravid and Board of Control for Cricket in India (BCCI) president Sourav Ganguly, apart from himself and Yuvraj Singh.

Ganguly, who had captained most of the players in the photo, came up with a cheeky response to Harbhajan's photo.

"I like the middle one with flashy glasses," he wrote, referring to the gender-swapped image of himself.

In Yuvraj Singh's montage that he shared on Monday, Bhuvneshwar Kumar emerged as the clear winner.

Bhuvneshwar Kumar himself also put in a cheeky comment saying "I choose Bhuvi."

A few days back, Yuzvendra Chahal had also shared a gender-swap picture of Rohit Sharma, with a hilarious caption, as he kept up the banter between them.

Rahul Dravid Cricket
Get the latest updates on IPL 2020, check out the IPL Schedule for 2020 and Indian Premier League (IPL) Cricket live score . Like us on Facebook or follow us on Twitter for more sports updates. You can also download the NDTV Cricket app for Android or iOS.