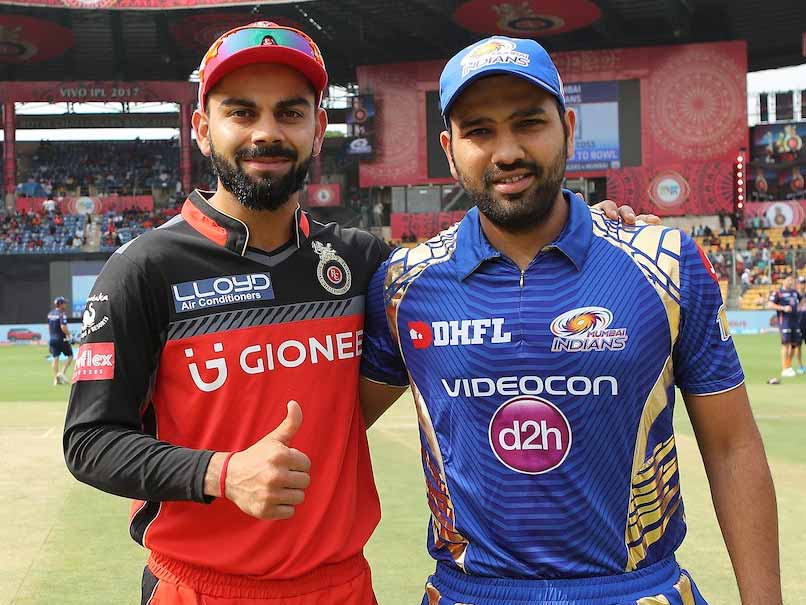 Rohit Sharma and Virat Kohli didn't impress with the bat in IPL 2017.© BCCI

Mumbai Indians became the Indian Premier League's (IPL) most successful franchise on Sunday after pulling off a stunning 1-run win over Rising Pune Supergiant in the final. Mumbai, with three IPL titles, moved ahead of Kolkata Knight Riders and Chennai Super Kings (2 each) to create history in the world's most popular franchise-based tournament. Rohit Sharma is now IPL's most successful captain, having led Mumbai to three championships. Under the stylish right-hander, Mumbai also claimed a Champions League T20 title. After MI's Sunday win, several fans expressed their desire to see Sharma lead India's T20 side in place of current captain Virat Kohli.

A genuine question how you guys rate Rohit Sharma's captaincy skills?
I find him very calm and composed can lead India in limited overs imo

Am I the only 1 who thinks dat #RohitSharma will make a better captain than Kohli?
Calm,cool &doesn't yell at his players #IPLFinal #RPSvMI

Rohit sharma.. Now people cant say this is luck. He is a fantastic captain. Much much better than kohli in t20 format atleast. #fact

I won't mind if we replace Virat Kohli with Rohit Sharma as our limited overs captain and let VK play his natural game.

Sharma was also asked questions about captaincy in the post-match press conference.

"That's thinking too far ahead. I don't think too far ahead. When the opportunity comes, it comes. I will grab it with both hands," replied the 30-year-old after the IPL final.

Winning takes talent, to repeat takes character, grit and intelligence. What a brilliant final to be part of @mipaltan #IPLfinal

Team work makes the dream work. To all the @mipaltan fans out there thank you for the constant support. With love and respect ? pic.twitter.com/TXN9PpnydX

He also offered an insight into his captaincy style.

"I personally feel it is how you prepare at the start of the tournament, getting your combinations right and going on to the field. That's the most critical part of winning the tournament. Individual brilliance can win you a few games, but what is required to win this championship is team unity, team work and intelligence," he added.

Kohli was handed the limited-overs cricket captaincy after MS Dhoni stepped down from that role. At the moment, Kohli is Indian cricket's undisputed leader.

However, the BCCI and selectors will be delighted at the development of Sharma as a leader since it gives the team an extra option if Kohli is unable to take the field.

Comments
Topics mentioned in this article
Mumbai Indians Royal Challengers Bangalore India Cricket Team Rohit Sharma Virat Kohli Cricket
Get the latest updates on IPL 2021, check out the IPL 2021 Schedule and Indian Premier League Live Score . Like us on Facebook or follow us on Twitter for more sports updates. You can also download the NDTV Cricket app for Android or iOS.