With ICC not slotting any World T20 in 2018, Nehra apparently told the team management that it is only fair that performing juniors have a longer rope. 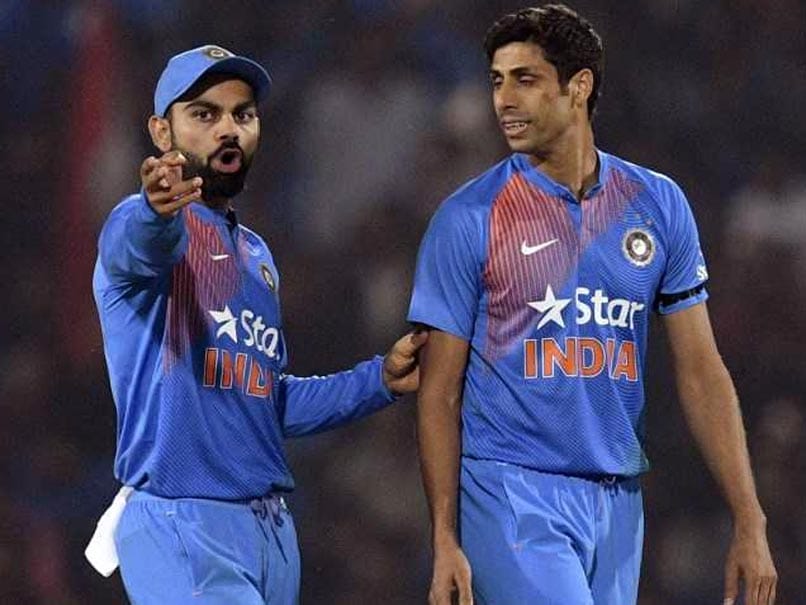 Nehra won't play even in the Indian Premier League's next season.© AFP

Veteran speedster Ashish Nehra has decided to retire from international cricket after the first Twenty20 match against New Zealand at the Feroz Shah Kotla in New Delhi, his home ground, on November 1. The 38-year-old, who is part of the T20 squad for the ongoing Australia series, did not feature in the playing XI in the first two T20I matches. According to a senior BCCI official privy to the development, the 38-year-old intimated his decision to head coach Ravi Shastri and captain Virat Kohli.

With ICC not slotting any World T20 in 2018, Nehra apparently told the team management that it is only fair that performing juniors have a longer rope.

Nehra is often the subject of social media jokes and memes. However, as soon as the news of his retirement trickled in Twitter turned emotional.

We'll miss you and your airplane celebration, #NehraJi!

Shall miss you #Nehraji, my last bit of 90s is gone :( #Ashishnehra #nehra

#NehraJi
The legendary bowler for whome the bats can salute before delivering the ball..!!
We miss you #AshishNehra

It is understood that Nehra won't play even in the Indian Premier League's next season. Making his India debut back in 1999 under Mohammed Azharuddin, Nehra has so far played 17 Tests, 120 ODIs and 26 T20 Internationals for the country. He has picked 44 Test wickets, besides 157 ODI and 34 T20 scalps.

The Kotla T20 will give Nehra a chance to finish his injury-plagued career at his home ground.

He is best remembered for his 6 for 23 against England at Durban in the 2003 World Cup, a match he played despite being unwell and frequently throwing up in between his overs.

He was also a part of the 2011 World Cup-winning squad with a match-turning performance in the semi-final against Pakistan. He missed the final due to a finger fracture.

It is learnt that a few IPL franchises want Nehra as their bowling coach-cum-mentor as his expertise and knowledge with white ball is considered to be unparalleled.

Comments
Topics mentioned in this article
India Cricket Team India vs Australia 2017 Cricket Ashish Nehra
Get the latest updates on Fifa Worldcup 2022 and check out  Fifa World Cup Schedule, Stats and Live Cricket Score. Like us on Facebook or follow us on Twitter for more sports updates. You can also download the NDTV Cricket app for Android or iOS.