Shai Hope struck an unbeaten century as West Indies outplayed Afghanistan by five wickets in the third ODI to complete a 3-0 series rout. 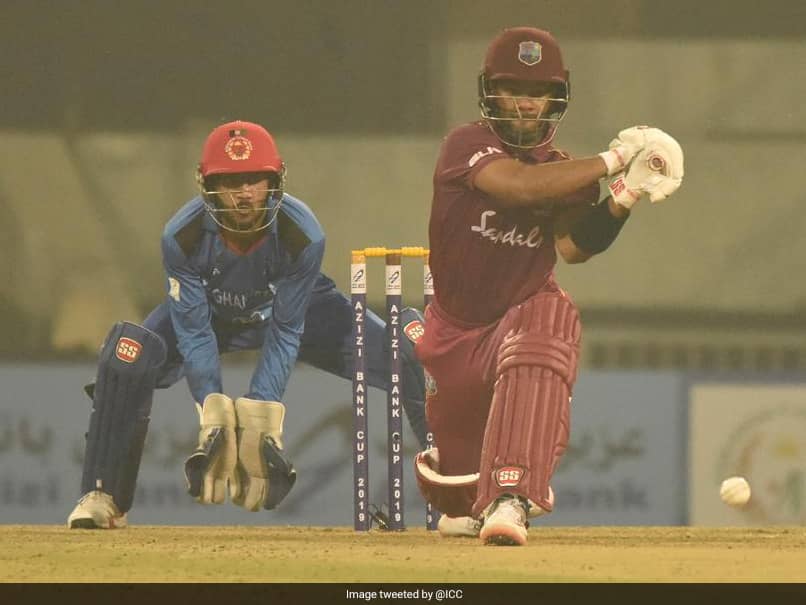 Opening batsman Shai Hope struck an unbeaten century as West Indies outplayed Afghanistan by five wickets in the third one-day international on Monday to complete a 3-0 series rout. Hope made 109 and built crucial partnerships including an unbeaten 71-run stand with Roston Chase, 42 not out, to anchor West Indies' chase of 250 with eight balls to spare in Lucknow. The wicketkeeper-batsman completed his seventh ODI hundred as West Indies, under new limited-overs captain Kieron Pollard, recorded their first ODI whitewash since 2014.

"We came here with a mission and specific roles for players, and all the players deserve credit," said Pollard.

"Winning is a habit, and anything that we want to do as a team is a process, and it's something we had to improve in a period of time.

"This was an opportunity for us to show we have that kind of venom inside us. We knew we had to rally as a team, and we proved we can bat 50 overs, and once we do that, we can win games."

Paceman Keemo Paul played a key role in the win, returning figures of 3-44 in Afghanistan's 249 for seven.

Hope, who starred in the opening win with an unbeaten 77, remained the top-scorer in the series with 229 runs.

Man of the match Hope got support from debutant Brandon King, who made 39, and Pollard, who hit 32.

Chase was named man of the series for his 145 runs including a highest of 94 in the three matches and six wickets with his off-spin.

Afghanistan, led by Rashid Khan, were outplayed in all three matches in their newly adopted home in Lucknow. India has been the home of the war-torn nation's cricket team since 2015.

A 127-run partnership between Asghar Afghan and Mohammad Nabi gave Afghanistan a fighting total from a precarious 118-5 after being invited to bat first.

Afghan made 86 off 85 balls and Nabi remained unbeaten on 50 to thwart a persistent West Indies bowling.

Opener Hazratullah Zazai hit an attacking 50 but the rest of the top-order fell flat.

Afghan, who hit three fours and six sixes, then took stock to re-build and Nabi joined forces with the batting pair taking the attack to the opposition.

Nabi, who hit three fours and a six in his 66-ball stay, raised his 15th ODI fifty on the penultimate ball of the innings as Afghanistan managed 54 runs from the last five overs.

"We were just trying to be better in each and every game. There were more positives from us in today's game," said Rashid.

"The kind of finishing we got from Asghar and Nabi gave us a chance to win the game. We should have defended this total, but Hope played without giving us any chances."

He added, "We have to focus on doing the right things, and making the right decisions at the right time. T20 is all about enjoyment, and we have to keep enjoying, whether in batting, bowling or fielding. The results will take care of themselves."

Shai Hope Roston Chase
Get the latest updates on IPL 2021, IPL Points Table , IPL Schedule 2021 , live score . Like us on Facebook or follow us on Twitter for more sports updates. You can also download the NDTV Cricket app for Android or iOS.