Rashid Khan claimed a hat-trick to power Afghanistan to a 3-0 series sweep over Ireland. 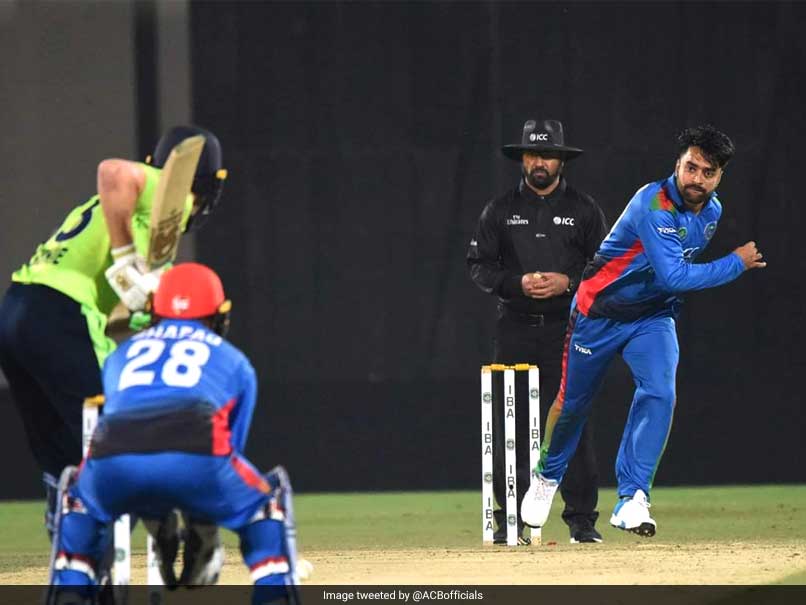 Rashid Khan claimed a hat-trick to power Afghanistan to a 3-0 series sweep over Ireland after their convincing 32-run victory in the third Twenty20 international on Sunday. Khan returned impressive figures of 5/27 to keep Ireland down to 178 for eight in their chase of 211 in the north Indian city of Dehradun. Mohammad Nabi hit 81 off 36 deliveries in Afghanistan's 210 for seven after being put into bat first on a ground where they posted a T20 international record of 278/3 in the previous match. Kevin O'Brien and Andy Balbirnie, who made 47, then put on a threatening 96-run second wicket stand to raise hopes of a successful chase but Khan hit back with his leg spin.

Khan got O'Brien caught behind for 74 but it was the 18th over when the world's top T20 bowler became the first spinner in the format to take a hat-trick.

Khan got George Dockrell, Shane Getkate and Simi Singh on consecutive deliveries to shut the door on Ireland.

Earlier Nabi demolished the Irish bowling attack as he smashed 6 fours and 7 sixes, hitting the ball to all parts of the ground.

The two teams will now play five one-day internationals starting Thursday followed by a one-off Test at the same venue, which is Afghanistan's adopted home ground.

Ireland Cricket Team Rashid Khan Cricket Afghanistan vs Ireland, 3rd T20I
Get the latest updates on ICC Women's Cricket World Cup 2022 and IPL 2022, check out the Schedule , Live Score and IPL Points Table. Like us on Facebook or follow us on Twitter for more sports updates. You can also download the NDTV Cricket app for Android or iOS.