AB de Villiers smashed 88 not out off just 43 balls as Middlesex beat Essex by seven wickets in T20 Blast 2019 opener. 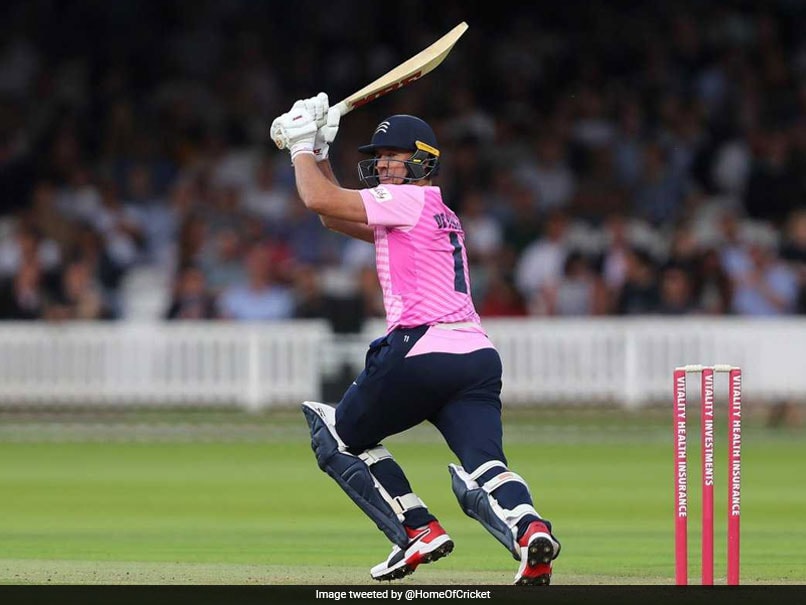 AB de Villiers turned back the clock on Thursday as he took the T20 Blast 2019 tournament in England by storm with a whirlwind knock in the tournament opener at Lord's in London. The 35-year-old, who was not part of the South Africa squad for the ICC World Cup 2019, showed what his team were missing in England and Wales by smashing 43-ball 88 not out as Middlesex cruised to a seven-wicket win over Essex. Chasing 125 to win in the T20 Blast 2019 opener, Middlesex reached the target with three overs to spare, starting their campaign with a dominating victory.

Here is how Ab de Villiers fared on his Vitality T20 Blast debut:

AB de Villiers didn't have it all his way as Essex tested him with spin. The South African found the going hard initially, managing to score just 17 runs off his first 15 balls. However, the stylish right-hander came into his own as his innings progressed, carting the Essex bowling to all part of London.

De Villiers made headlines during World Cup 2019, when a media report claimed that the 35-year-old had offered to come out of retirement a day before the South Africa squad for the event was to be picked but the team management rejected it.

Speaking on the issue, De Villiers even released a detailed statement on his Twitter account earlier this month, wherein he said "I did not offer" to come out of retirement but was privately asked whether he was open to play the World Cup.

"I made absolutely no demands at all. I certainly did not try to force my way into the World Cup squad on the eve of the tournament, and did not expect to be included. There was no burning issue from my side, and no sense of injustice," said one of the modern greats who played 114 Tests and 228 ODIs.

De Villiers maintained the he retired for the right reasons as he wanted to spend more time with his family.

"I retired for honest reasons and, when asked if I could be available for the World Cup, agreed to keep the door open. In the event, understandably, the team moved on. No problem. I am not angry with anybody.

"Some have insisted I was motivated purely by money. They are wrong. In truth, I have turned down many lucrative offers to play around the world, and have cut the time spent away from home each year from eight months to just over three months."