AB de Villiers and wife Danielle welcomed their new-born daughter Yente to their family. They already have two sons. 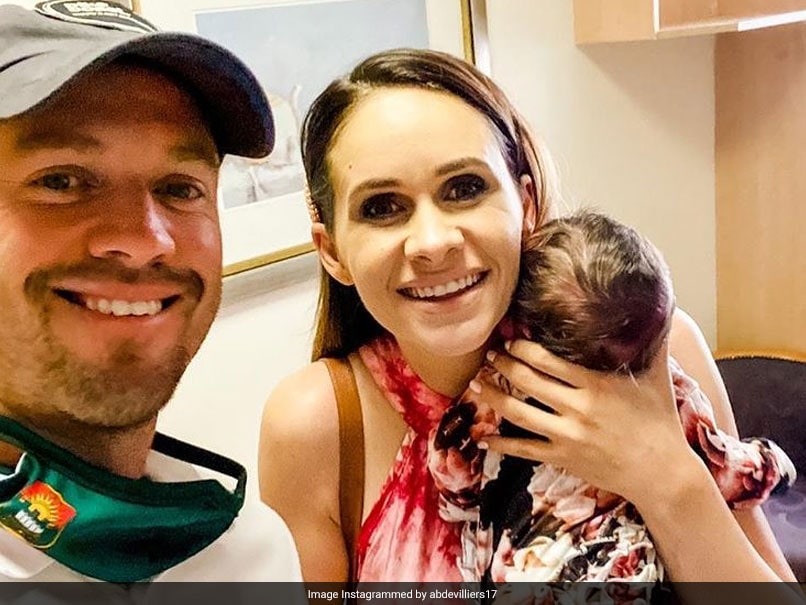 South African cricketer AB de Villiers took to Instagram to welcome the newest addition to his family. He revealed that his wife Danielle had given birth to their first daughter on November 11, 2020, and she has been named Yente de Villiers. The wicketkeeper-batsman was in the United Arab Emirates (UAE) recently, with Royal Challengers Bangalore (RCB). Taking to social media, he posted a picture with his wife and Yente. He captioned it as, "On 11-11-2020, we welcomed a beautiful baby girl into the world Yente de Villiers, you are the perfect addition to our family and such a blessing. We are grateful beyond measure for YOU! Genade onbeskryklik groot. Dankie Here".

De Villiers and Danielle got married in March 2013 after dating each other for a long time. In 2015, they welcomed their first child; Abraham de Villiers. In 2017, their second son John de Villiers was born.

In the UAE at IPL 2020, De Villiers and RCB finished the league phase at fourth place, and lost to SunRisers Hyderabad (SRH) in the Eliminator. He played 15 matches, scoring 454 runs at a strike rate of 158.74. He also slammed five half-centuries. His boundary count consisted of 33 fours and 23 sixes.

He pulled out of the upcoming Big Bash League (BBL) 2020, and will currently be spending some time with his family.

Having announced his retirement from all forms of international cricket in 2018, De Villiers has tried to stage a comeback, and recently announced in 2020 that he wanted to make a comeback for the T20 World Cup, which has now been postponed.

It will be interesting to see if the 36-year-old represents his country in the future again.

AB de Villiers IPL 2020 Cricket
Get the latest updates on Fifa Worldcup 2022 and check out  Fifa World Cup Schedule, Stats and Live Cricket Score. Like us on Facebook or follow us on Twitter for more sports updates. You can also download the NDTV Cricket app for Android or iOS.