AB de Villiers is a much loved figure in the cricketing fraternity and wishes poured in as the South African superstar celebrated his 36th birthday. 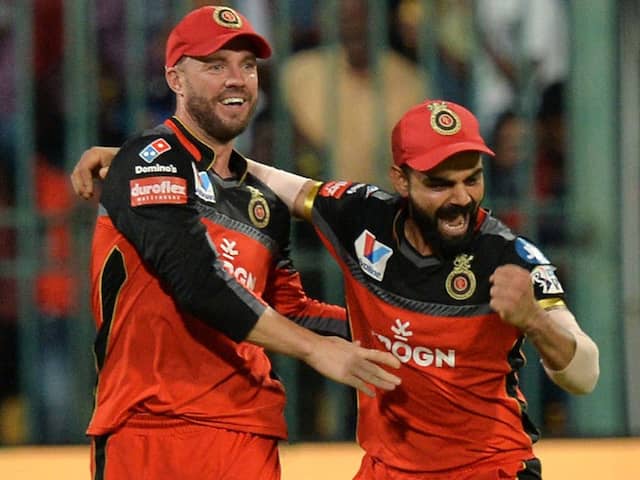 South Africa's star cricketer AB de Villiers turned 36 on Monday and his Royal Challengers Bangalore teammate and India skipper Virat Kohli led the birthday wishes. Kohli, who shares the dressing room with de Villiers, was among the many who wished him on his 36th birthday. Taking to Twitter, Kohli wrote: "Happy bday brother. Wish you all the happiness and good health and lots of love to the family. See you soon."

KL Rahul, who also played with the South African superstar during his time at RCB, tweeted: "Happy birthday to Mr 360 @ABdeVilliers17 Have a good one lej, see you soon at the @IPL."

De Villiers, who has been named the ICC ODI Cricketer of the Year on three different occasions, holds the record for the fastest century in the format.

The former South Africa captain retired from international cricket in March 2018. He has since been active in the franchise-based T20 tournaments around the world.

However, South Africa head coach Mark Boucher has once again stated that they can consider de Villiers for the T20 World Cup provided he is in good form and makes himself available for the tournament.