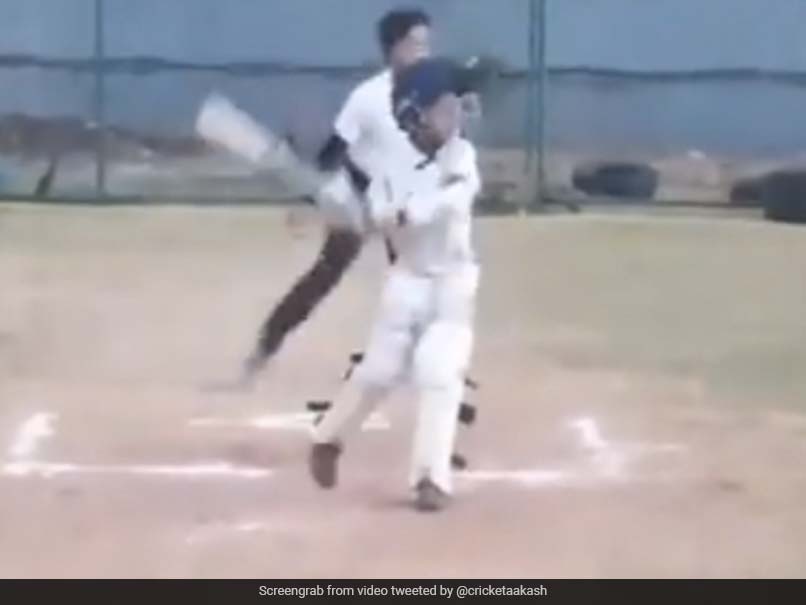 Aakash Chopra posted a video of a kid playing a series of helicopter shots.© Twitter

Former India opener Aakash Chopraon Friday took to Twitter to share a video of a kid playing MS Dhoni's trademark helicopter shot. Apart from his glorious helicopter shots, the kid surprised everyone with his wide range of strokes, including a slog sweep on the leg side. The ease with which a batsman hits the ball straight down the ground over bowler's head speaks volume of player's quality and this young cricketer defied his age with his clean stroke play. Not interested in playing the ball along the ground, the kid got down on one knee and smashed the ball over the bowler's head.

Chopra, who is a well-established cricket commentator, is famous for lending his voice to numerous fan videos related to cricket and he posts them on his social media accounts with mostly Hindi commentary.

In the past, Chopra shared a video of a young Indian girl Pari Sharma hitting a series of perfect helicopter shots. The video went viral on social media and received thousands of likes.

Another viral video that Chopra shared on Twitter featured a young kid standing with open stance, waiting for the ball to be bowled and as soon as the ball arrives, the child shows no mercy and hits it very far.

Watching the kid play helicopter shots with such perfection, some fans were reminded of Chennai Super Kings (CSK) skipper MS Dhoni who invented the shot when he first burst into the international scene, while others described the young cricketer to be the next Hardik Pandya or Rishabh Pant.