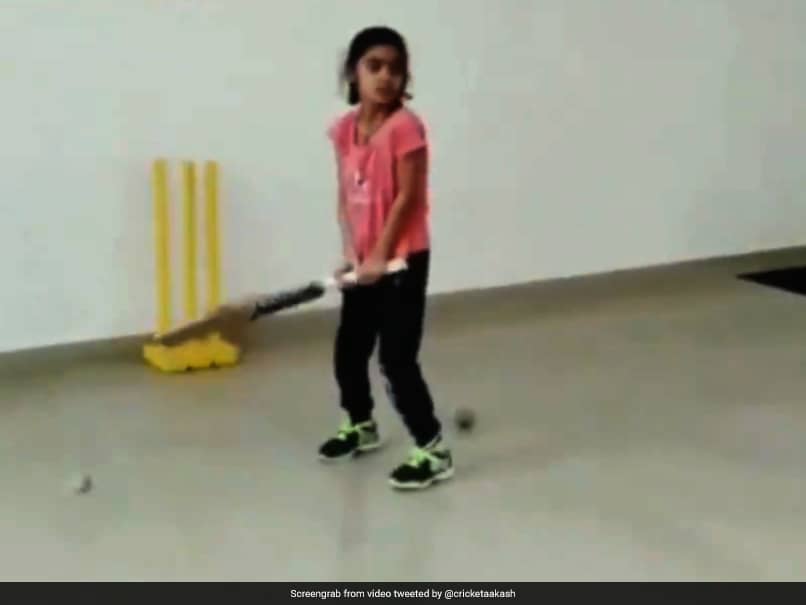 Former India batsman Aakash Chopra took to Twitter on Thursday to share a video of a young Indian girl hitting a series of perfect helicopter shots at home. "Thursday Thunderbolt...our very own Pari Sharma. Isn't she super talented?" Chopra wrote on Twitter while sharing the video. In the short clip, Pari Sharma can be seen executing the helicopter shot brilliantly, and the video instantly brought out comparisons with former India captain MS Dhoni, who invented the innovative shot when he burst into the international scene.

"Sir, she will definitely become the MS Dhoni of women's cricket," one user tweeted.

"Wow she seems to be baby girl version Cricketer Dhoni, loved it Sir," another user tweeted.

"If Dhoni was a girl," another fan wrote.

"That's bat speed and balance," one user wrote with a fire emoji.

"I think no girl cricketer played this helicopter shot even in international matches," wrote another.

This is not the first time that Pari Sharma has gone viral on social media. In April, former England captain Michael Vaughan and West Indies batsman Shai Hope shared a video of her batting.

"Have a look at this video .. Pari Sharma .. 7 yrs old .. Her movements are as good as they get," Vaughan wrote, sharing the video.

West Indian batsman Shai hope tweeted the same video and said, " When I grow up I want to be like Pari Sharma."

Comments
Topics mentioned in this article
Aakash Chopra Cricket
Get the latest updates on IPL 2021, IPL Points Table , IPL Schedule 2021 , live score . Like us on Facebook or follow us on Twitter for more sports updates. You can also download the NDTV Cricket app for Android or iOS.