The Table Tennis Federation of India (TTFI) said that the player won't participate in any national or international tournament while under suspension. 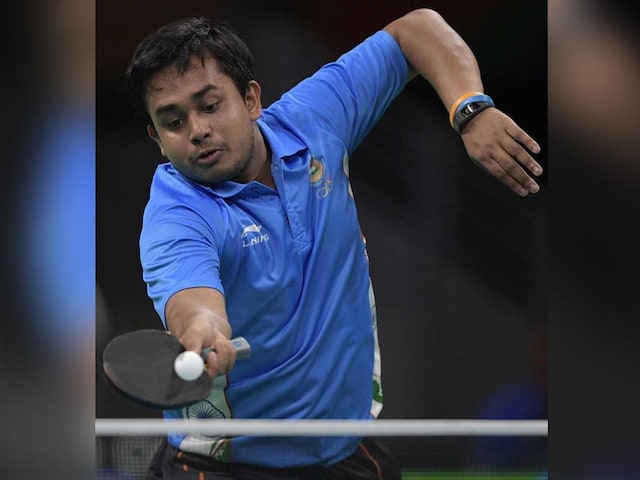 One of India's premier table tennis players, Soumyajit Ghosh, was on Friday placed under provisional suspension by the Table Tennis Federation of India (TTFI), after a complaint of alleged rape was filed against him by a teenaged girl in a police station in Barasat in West Bengal. "The Executive Board (EB) of the Table Tennis Federation of India has placed Soumyajit Ghosh under provisional suspension, pending final outcome of the police investigation and court verdict, if any, on the alleged rape charges against him by a teenager," a TTFI statement, signed by secretary-general M.P. Singh, said.

"During the suspension, the paddler will not be able to participate in any tournament, national or international," the statement further added, which essentially puts Ghosh out of the running for the Commonwealth Games.

"The EB, based on the legal opinion sought by TTFI, unanimously decided after discussing the matter with its members through a video conferencing earlier in the day. The decision of the EB is as follows:

"The Executive Board of the TTFI, taking cognizance of the media reports and the FIR filed against Soumyajit Ghosh, has unanimously decided to suspend the player and restrain him from participation in all tournaments until further orders. During its deliberations, the EB took notice of the IPC sections (376, 417, 513, 120(B) and Section 4 of the POCSO Act) under which the Barasat Police (WB) has charged Ghosh. Accordingly, the EB members felt that the charges levelled against Ghosh are of grievous nature and they warranted placing him under provisional suspension immediately. EB suggested to TTFI that the player and all authorities concerned should be informed forthwith of the decision," the statement said.

The TTFI has also decided to issue a show-cause notice to Ghosh, asking him to explain his stand on the FIR lodged by the girl, especially on the allegations against him, the release further said.

Meanwhile Ghosh, claiming innocence, said on Thursday that the girl has been blackmailing him for money and the allegations were a ploy to ruin his career.

"After I broke things off with her, she started blackmailing me, my family and my friend circle. From the last one and a half year, she has been trying to threaten and blackmail us.

"I don't know what happened, I think this is part of a plan just before I am to leave for the Commonwealth Games. She is doing this to ruin my career," he said.

Comments
Topics mentioned in this article
Soumyajit Ghosh Table Tennis Commonwealth Games 2018
Get the latest Cricket news, check out the India cricket schedule, Cricket live score . Like us on Facebook or follow us on Twitter for more sports updates. You can also download the NDTV Cricket app for Android or iOS.