Om Mitharwal registered a total score of 201.1 in the final. 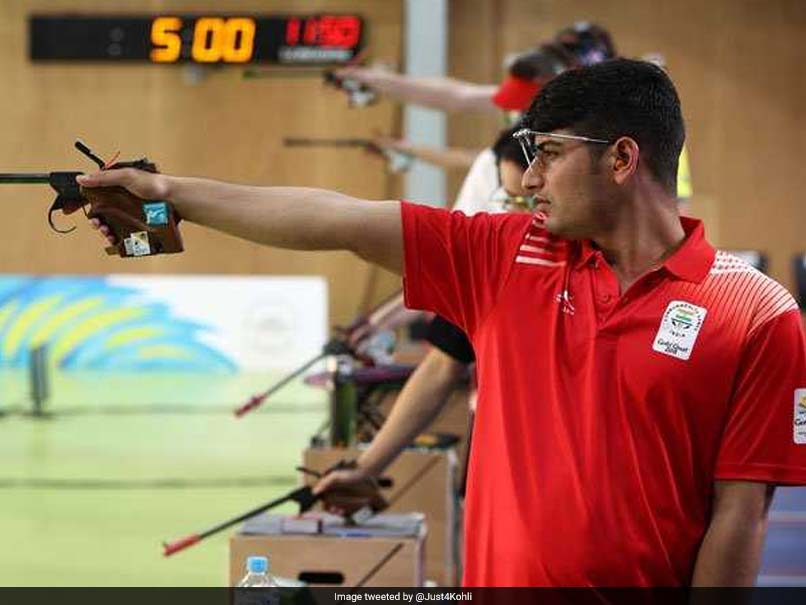 Indian shooter Om Mitharwal won bronze medal in the men's 50 metre Pistol event at the 21st Commonwealth Games on Wednesday. Mitharwal registered a total score of 201.1 in the final. Australia's Daniel Repacholi clinched the gold medal with a new CWG record of 227.2. Shakil Ahmed of Bangladesh took silver with 220.5.

The other Indian in the fray and defending champion Jitu Rai had a disappointing outing.

Rai finished at the bottom of the eight-man final.

Mitharwal had a good start in the final, scoring 111.3 after the first round in Stage 2 to take the second spot behind Singapore's Swee Hon Lim. But Daniel scored 10.0 and 10.1 to take the lead in the next round. The local favourite then produced a string of consistent scores to blow away the opposition and hold on to the pole position till the end.

Om topped the standings at the end of the qualification stage with a score of 549 points.

Jitu qualified at the sixth position with 542.

Om was trailing Shakil Ahmed of Bangladesh till the fifth shot before taking the lead with his sixth and final attempt.

Bin Gai of Singapore was second with 546 while Australia's Daniel Repacholi was third.

Ahmed fell off the pace after leading till the fifth shot to eventually end the qualification stage at the fourth spot with 545.

Malaysia's Johnathan Guanjie (545), Kristian Callaghan (541) of England and Singapore's Swee Hon Lim (534) were the other shooters to qualify for the final.

Comments
Topics mentioned in this article
Jitu Rai Shooting CWG 2018 India
Get the latest updates on IPL 2020, check out the IPL Schedule for 2020 and Indian Premier League (IPL) Cricket live score . Like us on Facebook or follow us on Twitter for more sports updates. You can also download the NDTV Cricket app for Android or iOS.