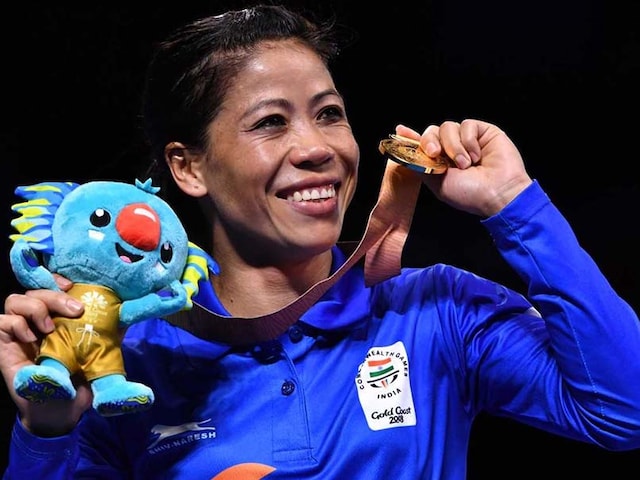 Almost every medal that is there to be taken is in her kitty, but Indian boxer MC Mary Kom says she still trains like a maniac, the latest result of the regimen being a gold on debut at the Commonwealth Games in Gold Coast. The 35-year-old mother-of-three, who has five world titles and an Olympic bronze medal, is seen as a sporting icon not just in India but also in other countries. Crowned Asian champion just months ago, Mary Kom added the light flyweight (48kg) Commonwealth crown to her tally on Saturday. "The secret to my success is my fitness and I am very quick. I plan well before bouts. I am lucky that I can catch my opponents within seconds. I am able to read them very quickly," a giggling Mary Kom said at the end of her CWG campaign. "I don't have injuries, all I have is minor issues like cramps sometimes," she added.

And the secret to her fitness levels and to an extent her calm demeanour in the ring is a training regimen that she refuses to let go even one day.

"When I decide something with my head and heart than even my husband cannot stop me. He sometimes tells me to take it easy after competition but I can't help it," she said.

"I have to train to keep myself calm. It's a a strong urge, it's a habit and training makes me happy. When I don't train I feel sick sometimes," she added.

But despite the high fitness levels, she wouldn't commit on whether the outlandish possibility of a 2020 Olympic appearance is on her mind.

Speaking of her 22-year-old opponent Kristina O'Hara, who works as a carer in a nursing home, Mary Kom said she has sparred with her in the past.

"I had a friendly match with her. I have sparred with her so I knew her gameplan well. I told myself that it is easy but I had to be prepared for everything," she said.

"I have won everything and all of my medals are very important. Do I need to say more? Which other boxers can claim that now I would not be scared of anyone? I am very happy that I created history. I have got everything," she said.

"I still think about Olympics gold but other than that I have got everything. Even in Olympics, I do have a medal. I haven't left out anything," she signed off.

Comments
Topics mentioned in this article
Mary Kom CWG 2018 Boxing
Get the latest Cricket news, check out the India cricket schedule, Cricket live score . Like us on Facebook or follow us on Twitter for more sports updates. You can also download the NDTV Cricket app for Android or iOS.