Athletes must have a specific medical exemption to have needles at the Games as part of the fight against doping. 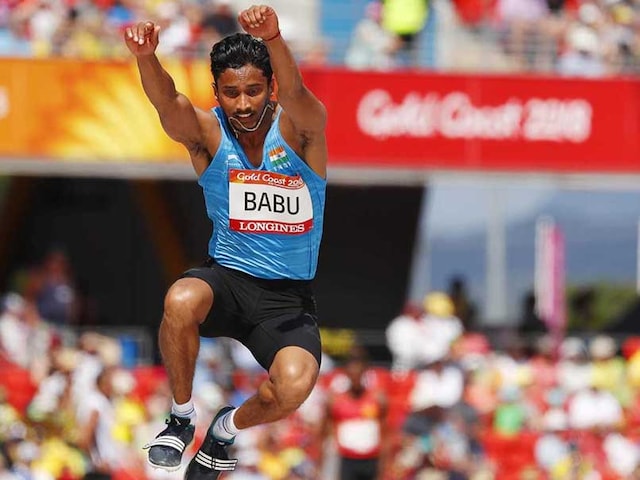 Indian team officials will appeal a decision to throw athletes Rakesh Babu and Irfan Kolothum Thodi out of the 2018 Commonwealth Games after they were found to have breached the Games' anti-doping 'no-needles' policy. Triple jumper Babu and race walker Thodi had their accreditation revoked and were asked to return home as soon as possible after a hearing on Thursday, Commonwealth Games Federation (CGF) President Louise Martin told reporters. The CGF said a cleaner had alerted them to a needle in a cup in the athletes' bedroom and a second needle was later discovered in Babu's bag.

"The testimony of the athletes ... are both unreliable and evasive," Martin said. "Rakesh Babu and Irfan Kolothum Thodi are in breach of the 'no-needles' policy.

"Babu and Thodi are with immediate effect not permitted to participate in the Games. Their accreditation was suspended and both athletes have been removed from the village."

"The CGF shall advise Vikram Singh Sisodia, Namdev Shirgaonker and Ravinder Chaudhry that any further infractions by any member of the Indian team of the 'no-needle' policy could result in the withdrawal of accreditation of the offending person," she said.

Babu was the 12th and final qualifier for the men's triple jump final on Saturday. Thodi finished 13th in the men's 20km race walk last Sunday.

Indian officials told reporters they would be appealing the decision.

"They have taken action against two athletes, which we do not agree with at all ... and we will appeal against the decision," they said.

"The needle found was reported by the cleaning person. Our athletes totally denied they knew about the needle.

"Basically there is a lot of confusion around the whole episode."

However, the Indian Olympic Association (IOA) later confirmed the suspension.

"With great regret I would like to confirm that accreditations of Triple Jumper Rakesh Babu and Race Walker Irfan Kolothum Thodi have been suspended by CGF following a violation of the No Needle Policy. Despite repeated messages on the compliance of the CGF No Needle Policy, the athletes here failed to understand this and now are being sent back home," IOA General Secretary Rajeev Mehta said in a release.

(This story has not been edited by NDTV staff and is auto-generated from a syndicated feed.)
Comments
Topics mentioned in this article
CWG 2018 India Other Sports
Get the latest Cricket news, check out the India cricket schedule, Cricket live score . Like us on Facebook or follow us on Twitter for more sports updates. You can also download the NDTV Cricket app for Android or iOS.