Saina Nehwal's win against Jia Min Yeo sealed India's win after the men's doubles duo of Satwik Rankireddy and Chirag Chandrashekhar Shetty suffered a shock defeat in the third match of the contest. 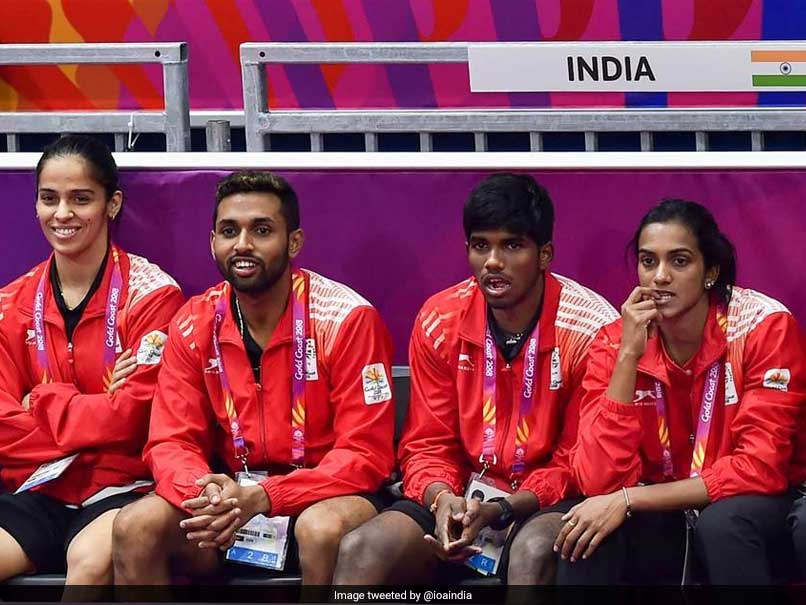 World No 2 Kidambi Srikanth and London Olympics medallist Saina Nehwal guided India to the final of the mixed team badminton event as they beat Singapore 3-1 in the semi-final at the 21st Commonwealth Games on Sunday. Saina's win against Jia Min Yeo sealed India's win after the men's doubles duo of Satwik Rankireddy and Chirag Chandrashekhar Shetty suffered a shock defeat in the third match of the contest. Earlier, Srikanth outclassed Kean Yew Loh in the men's singles tie after the mixed doubles duo of Satwik Rankireddy and Ashwini Ponnappa gave India a winning start.

India got to a 1-0 lead after the mixed doubles duo of Satwik and Ashwini overcame a stiff challenge from Yong Kai Terry Hee and Jia Ying Crystal Wong to win 22-20, 21-18 in a 42-minute contest.

Srikanth, the top seed doubled India's lead by going past Kean 21-17, 21-14 in the men's singles match that lasted for 37 minutes at Court 1 of the Carrara Sports Arena 2.

India, however received a scare in the third tie of the contest, as the men's doubles pair of Satwik and Chirag, went down 21-17, 9-21, 12-21 to the duo of Yong Kai Terry Hee and Danny Bawa Chrisnanta.

After taking the first game 21-17, the Indian pair struggled in the second game 9-21 and it was for the first time that the Indians were made to sweat it out in the decider.

The Singaporean duo led 11-7 midway into the third game and went on to stifle the Indians by pocketing it comfortably at the end.

With the team 2-1 up, all eyes were on experienced Saina to propel India to the final and the Hyderabadi responded in style by thrashing Jia 21-8, 21-15 in a 38-minute contest.

Saina, who did not have to play her part in the 3-0 quarter-final win against Mauritius on Saturday, jumped to a 11-3 lead midway into the first game before pocketing it comfortably 21-8.

In the second, the Singaporean shuttler managed to give a fight but Saina used all her experience to negate the chances of an upset.

India will now take on the winner of the second semi-final between England and Malaysia, in the gold medal match on Monday.

Comments
Topics mentioned in this article
Saina Nehwal Kidambi Srikanth Badminton CWG 2018 India
Get the latest updates on India vs Australia Series, check out the India vs Australia Schedule for 2020-21 and Ind vs Aus live score . Like us on Facebook or follow us on Twitter for more sports updates. You can also download the NDTV Cricket app for Android or iOS.