India made light work of Nigeria's challenge and won the final 3-0 to clinch the nation's ninth gold in CWG 2018. 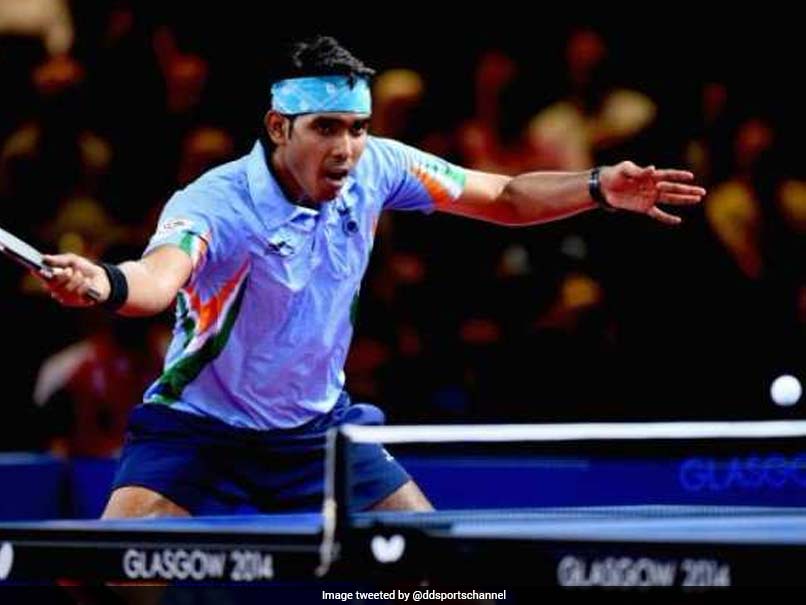 India defeated Nigeria 3-0 to claim the men's table tennis team gold at the 2018 Commonwealth Games at Gold Coast on Monday, to add to the women's gold that the country had snared on Sunday. India's campaign was led by the veteran Achanta Sharath Kamal, who had to fight hard to overcome Bode Abiodun 4-11, 11-5, 11-4, 11-9 to give India a 1-0 lead. Sathiyan Gnanasekaran had an equally challenging contest with Segun Toriola, as he had to battle hard for a 10-12, 11-3, 11-3, 11-4 win to give India a 2-0 margin.

Harmeet Desai and Gnanasekaran then took on Olajide Omotayo and Abiodun and carved out an 11-8, 11-5, 11-3 win to settle the issue in India's favour.

This was India's ninth gold medal in CWG 2018 and followed up on the famous win by the women's team over Singapore on Sunday.

India had earlier assured of at least a silver medal when they entered the final after beating Singapore 3-2.

India soon got to a 2-1 lead with the doubles duo of Sathiyan Gnanasekaran and Harmeet registering a brilliant come-from-behind win against Xue Jie Pang and Shao Feng Ethan Poh 8-11, 11-7, 11-9, 11-8.

Comments
Topics mentioned in this article
Table Tennis CWG 2018 India
Get the latest updates on IPL 2021, IPL Points Table , IPL Schedule 2021 , live score . Like us on Facebook or follow us on Twitter for more sports updates. You can also download the NDTV Cricket app for Android or iOS.