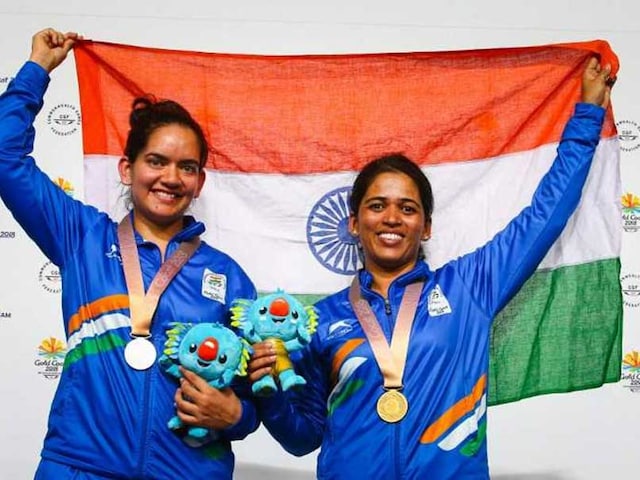 Indian shooters continued to shine at the 2018 Commonwealth Games in Gold Coast, Australia as Tejaswini Sawant and Anjum Moudgil led India's charge on Day 9 on Friday. Tejaswini shattered the Commonwealth Games record to clinch the gold medal in women's 50m Rifle 3 Positions while Anjum bagged the silver in the same event. Singapore's Xiang Wei Jasmine was in the lead till the kneeling and prone round but the two Indians came roaring back in the standing elimination round to leave the rest of the field chasing shadows.

Tejaswini was especially brilliant in the standing elimination round and produced great consistency to take the outright lead. Anjum, though, not as consistent as her compatriot, still showed great nerves at crucial junctures to make second place her own.

Tejaswini shot a total of 457.9 thus smashing the Commonwealth Games record in the process while Anjum ended with a score of 455.7.

Scotland's Seonaid McIntosh took home the bronze with a total score of 444.6.