Indian boxer Manoj Kumar entered the quarter-final round, defeating Kassim Mbundwike of Tanzania in the men's 69kilogram category at the 21st Commonwealth Games on Saturday. 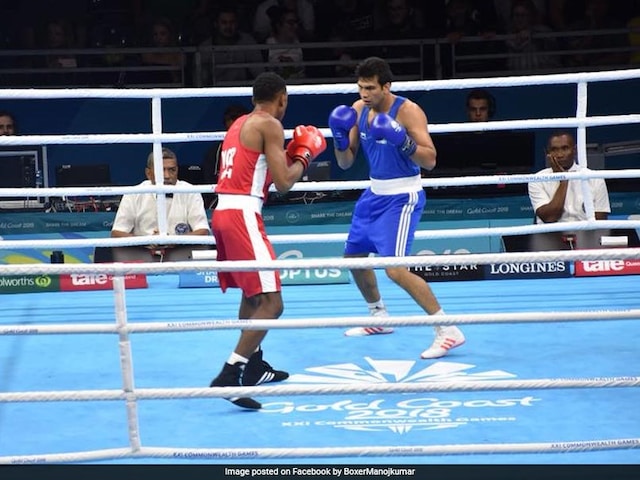 Indian boxer Manoj Kumar entered the quarter-final round, defeating Tanzania's Kassim Mbundwike in the men's 69kg category at the Commonwealth Games on Saturday. Manoj thrashed Mbundwike 5-0 in a unanimous decision. The all four judges gave him 30-27 advantage. Right through the match Manoj played brilliantly, landing a flurry of punches flying from both sides of the ring.

Manoj Kumar continued his attack and forced the Tanzanian boxer to defend in the scond round.

Soon, the furious attacking from the Indian boxer left his opponent short of energy and at the end Mbundwike surrendered the match.

Manoj will now face Nickolas Terry of Australia on April 10.