Leiston Pickett finished with a time of 30:59 sec to retain her 50m breaststroke title at the Commonwealth Games. 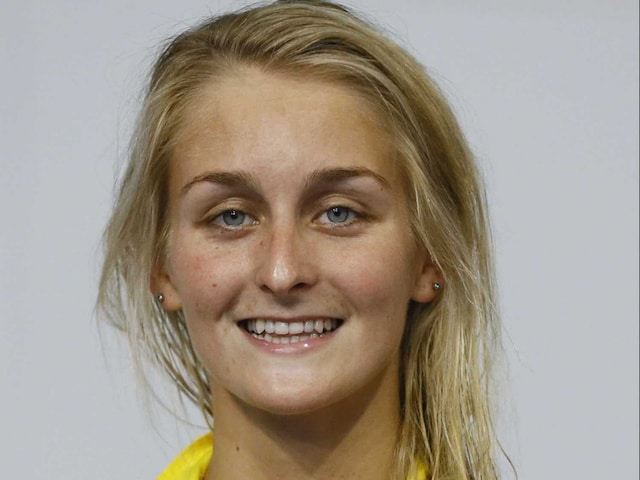 With this win, Leiston Pickett retained her 50m breaststroke title at the CWG© AP
Glasgow:

"It's good to get back on top," said the 22-year-old Pickett, who becomes the first swimmer to retain a 50m breaststroke Commonwealth title. (Bindra claims Gold | Silver for Malaika Goel)

"I did all I could and reached for the finish. It's really exciting that I'm still getting the speed I had a few years ago." (Indian weightlifter Santoshi Matsa wins bronze)

Atkinson had set two Commonwealth Games records in qualifying, but despite failing to match those times in the final she still walked away with just Jamaica's fourth ever Commonwealth swimming medal. (Malaysian Cyclist Warned Over 'Save Gaza' Gloves)

Scott delighted the home crowd by keeping Scotland's momentum in the pool going after a glorious first day of action, including two gold medals, on Thursday. (Boxer Mandeep Jangra in Round of 16)

The 20-year-old edged England's Sophie Taylor by one hundredth of a second and believes home advantage made the difference.

"I've been working a lot on my strokes. I said at the start that the crowd would make the difference between a fourth and a bronze."

Comments
Topics mentioned in this article
CWG, 2014 Swimming
Get the latest Cricket news, check out the India cricket schedule, Cricket live score . Like us on Facebook or follow us on Twitter for more sports updates. You can also download the NDTV Cricket app for Android or iOS.