Jitu Rai Says he Feels 'Shameful' About Asking for Promotion

Jitu Rai has been in the form of his life, bagging two golds in three months in two multi-sporting events, but he flatly refused to talk about promotion. 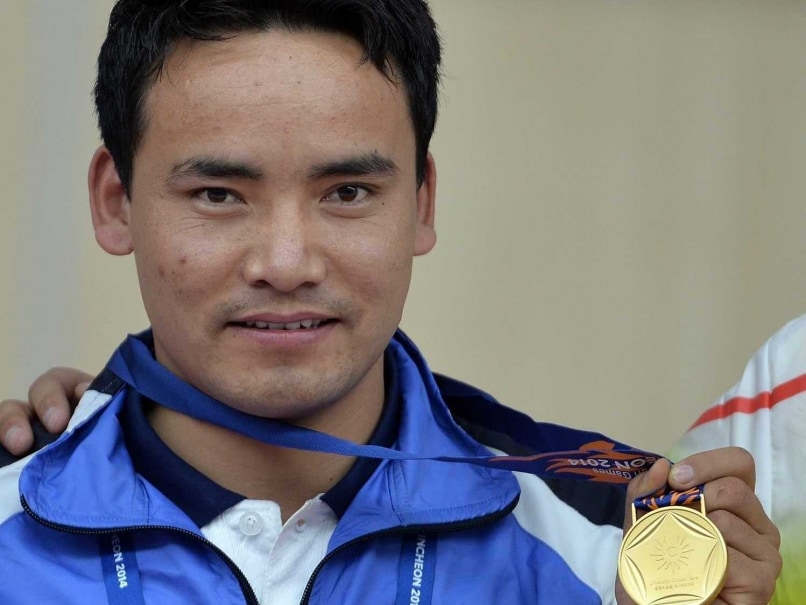 'Pistol King' Jitu Rai, who is employed with the Indian army, says he feels "shameful" about asking for promotion in his rank after winning gold in Commonwealth and Asian Games.

Jitu has been in the form of his life, bagging two golds in three months in two multi-sporting events, but he flatly refused to talk about promotion.

"I have been given two out of turn promotions last year and I am grateful to the Indian Army for that. If you ask me I will say it will be shameful of me if I ask for promotion thought I have won back-to-back gold," Jitu said on the sidelines of a felicitation function here today.

Jitu, now a naib-subedar at the 11th Gurkha Regiment, was given promotion last year after winning a silver in the National Championships and a bronze in Asian Championships in Iran.

"But for the Army, I would not have reached this stage. The journey has been amazing till now but it has happened due to the Indian Army. I have been given every facility by the Army and there has been no complaint from my side," said the 27-year-old Jitu who won gold in 50m pistol event in Incheon.

"From the paddy fields on Nepal upto here, I have come a long way. I have never imagined that I will achieved this much and I am indebted to the Army for my achievement."

"In Glasgow Commonwealth Games, I was a bit relaxed and took a bit easy. But, I had worked meticulously and I gave a lot of effort while going into the Incheon Games. So, it was more satisfying," he said.

Despite winning gold in 50m air pistol event in both Glasgow and Incheon, Jitu said that 10m air pistol was his favourite event.

"I have been doing well in both but if I have to choose, I will go for 10m air pistol. This event has given me a lot of success in the last few years," he said.

This year, Jitu won a silver and a gold in ISSF World Cup in Munich and Maribor respectively in 10m air pistol. He also won a bronze in 10m air pistol team event in Incheon. He also clinched a silver in the World Championships in Granada, Spain.

Asked about his next target, he said, "Now, I am competing in World Cup final this month and I want to do well there."

Modest as ever, Jitu said he felt the same old shooter despite winning seven medals, including three gold, in top events this year.

"I felt like the same old Jitu, I have not changed a bit and I did not think I have become a big star. It is you (media) which has made me big," said Jitu.

Comments
Topics mentioned in this article
Shooting Asian Games 2014 CWG, 2014
Get the latest updates on IPL 2021, IPL Points Table , IPL Schedule 2021 , live score . Like us on Facebook or follow us on Twitter for more sports updates. You can also download the NDTV Cricket app for Android or iOS.