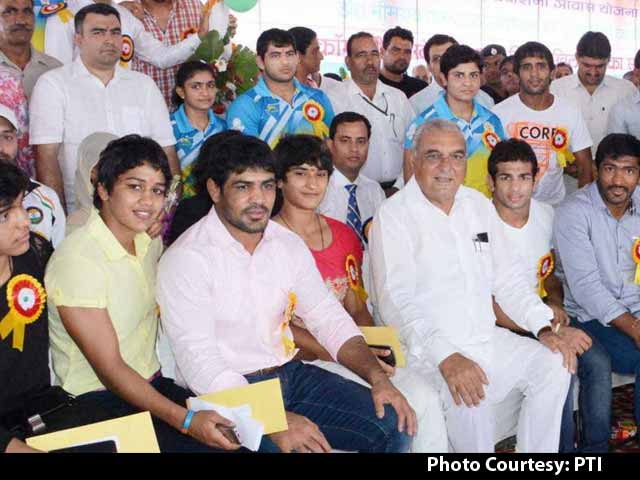 Indian para-athletes Prashant Karmakar and Jaideep Singh were in for a rude shock on Friday in Sonepat. At a felicitation ceremony for sportspersons who won medals at the recent Commonwealth Games and Para Games in Glasgow, Karmakar and Sigh were handed empty envelopes by Haryana Chief Minister Bhupinder Singh Hooda. The government has admitted its lapse calling it a clerical mistake. <b><a href='http://sports.ndtv.com/commonwealth-games-2014/news/228192-haryana-government-awards-empty-envelopes-to-2014-commonwealth-games-para-athletes'>(Read more)</b></a>

Ndtv Sports 2:36
CWG 2014: Glad to Come Out of Shadow We've Been Under, Says Dipika Pallikal

Did Not Want to Return Home Without a Medal: Dipa Karmakar to NDTV

Working Hard for All the Accolades: Jitu Rai to NDTV