A Women's Wrestling Revolution in Haryana

The Glasgow Games could easily be termed a landmark event as six of the 13 medals in wrestling came from women. Silver medallists Lalita, Geetika Jakhar and Sakshi Malik hail from Haryana while bronze medal winner Navjot Kaur is from neighbouring Punjab. 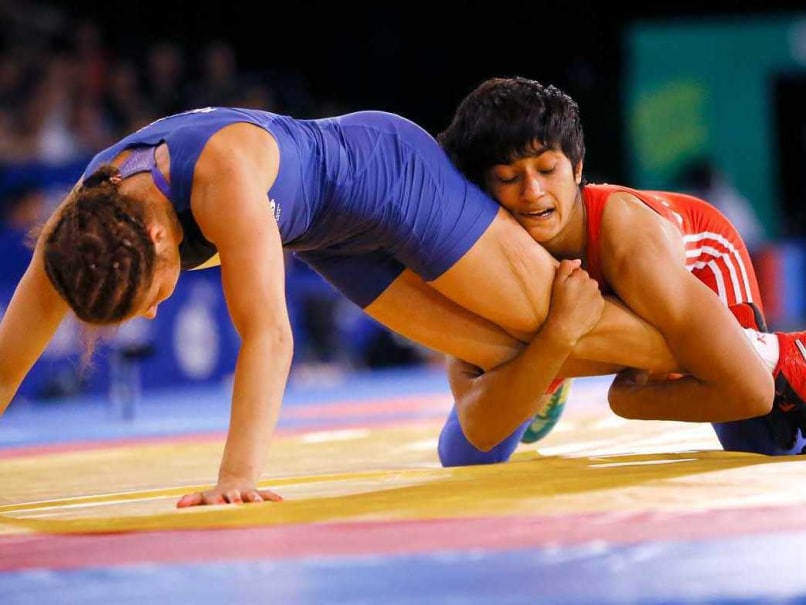 The dusty village of Balali in Haryana, barely 100 kms from the national capital, was not too long ago up in arms when three sisters from the Phogat family took to wrestling, saying it was against local tradition. (Also read: India happy with top-five finish at Glasgow)

Today, the village is mighty proud of the siblings who have brought about something of a social revolution in a state infamous for gender discrimination and honour killings. (Commonwealth Games 2014: Of golden wrestlers with a silver lining)

In 2010, Balali's Geeta Phogat gave India the first gold medal from the sport at the Delhi Commonwealth Games. Four years later, her sisters Babita Kumari and Vinesh won gold medals in Glasgow to make the family proud and famous.

In fact, the Glasgow Games could easily be termed a landmark event as six of the 13 medals from wrestling came from women. Silver medallists Lalita, Geetika Jakhar and Sakshi Malik hail from Haryana while bronze medal winner Navjot Kaur is from neighbouring Punjab.

With three gold medals in the family, the Phogat sisters are not only the toast of the nation but are also being hailed by the same villagers who once objected furiously to Mahavir Singh Phogat, himself a former state-level wrestler, taking Geeta and Babita to the 'akhada' (wrestling pit).

The youngest of the Phogat sisters, 20-year-old Vinesh, who is Mahavir's niece, credits the change in the mindset of people in the village to Geeta's triumph in 2010.

"Though we came from a family of wrestlers, there were objections from the villagers. But thanks to Geeta didi's success I didn't face any problems. By the time I took up the sport, Geeta didi had made her mark in Indian sport. So, thanks to her, now the villagers see us as role models for their kids," Vinesh told IANS.

When reminded of Haryana's notorious female foeticides, Vinesh cited the example of her family.

"I think my family is a classic example to all those who feel a girl child is a curse. We have proved that nothing is impossible. I sincerely hope that our success reaches out to more and more people and can change their mindset," said Vinesh, the winner of the freestyle 48kg gold.

Babita, who also won the gold medal in the 55kg section, agreed with her cousin.

This time in Glasgow, Babita was determined to win the gold.

"The preparations were good and I was determined to win the gold. Women wrestlers are going from strength to strength and the Glasgow Games have given us the confidence that now we are destined for bigger things," said Babita.

Geeta skipped the Glasgow Games with an injury, but remains a role model for young female wrestlers.

Talking to IANS, Geeta recalled the days when the whole village was against her father introducing her to the sport.

"The whole village was up in arms. But my father (Mahavir) was determined. Slowly once we started winning medals, the mindset changed. I feel it is for us to take the initiative and change the mentality of those who feel that a girl child is a burden on the family," the 25-year-old Geeta recalled.

Women's wrestling national coach Kripa Shankar Patel remains hopeful of a good showing by the girls in the September 19- October 4 Asian Games in the South Korean city of Incheon.

"The girls haven't taken a break and they are already preparing for the Asian Games. We expect a good outing because the girls are high on confidence. But it will be tough since China, Japan and South Korea pose the real challenge," he said.

Comments
Topics mentioned in this article
Wrestling CWG, 2014
Get the latest updates on IPL Auction 2023 and check out  IPL 2023 and Live Cricket Score. Like us on Facebook or follow us on Twitter for more sports updates. You can also download the NDTV Cricket app for Android or iOS.