Zafar Iqbal pointed out that Australia would be the toughest team to get through, especially on their home turf. 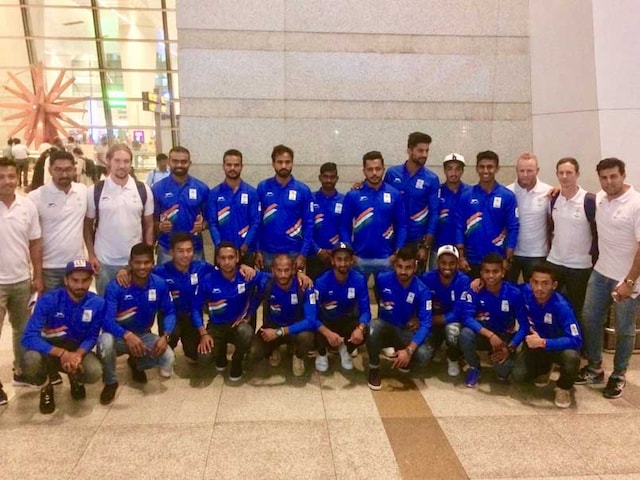 The Indian hockey team can break the Australian jinx in the upcoming Commonwealth Games thanks to the confidence the players have gained by competing alongside the world champions in the Hockey India League, feels former captain Zafar Iqbal. India were hammered 0-8 by Australia in the 2010 CWG finals, and lost 0-4 to them in the 2014 Glasgow Games summit clash. India are a strong medal contender at Gold Coast where the Games will begin on April 4.

"Australians always play very well but they are not unbeatable. Since the start of HIL, which is one of the best leagues in the world, our players have had a good chance to play with Aussie players," Iqbal said.

"They have gained a lot of confidence from the HIL. They have gotten rid of the hesitation that was quite usual while playing against big teams. In fact, the Australians were quite impressed with Indian players during HIL," he added.

However, Iqbal also pointed out that Australia would be the toughest team to get through especially on their home turf.

"This Indian team has the capability to take the challenge. But Australia is Australia, there is no argument on that. They show you how hockey should be played. People don't realise how tough it is to even make the final.

India have decided to drop talismanic former captain Sardar Singh from the CWG squad after his performance was found to sub-par at the Azlan Shah Cup earlier this month.

Iqbal steered clear of the issue, saying selection or omission are based on team combination issues.

"Our team is prepared. Sardar Singh has been ousted maybe for combination issues," he said.

Iqbal said given the presence of teams like Australia and South Africa, CWG is a tougher event to compete in.

"But we have very balanced teams in both men's women's events. I feel women have the upper hand compared to men. But both are good teams. Overall, India can hope for close to 70 medals across all disciplines this time," he said.

India's first woman athlete to claim a CWG gold medal, Krishna Poonia, however, called for an end to the intense focus on medal count.

"It's a shade unfair that focus is always on medals and not the performance. It's important that the focus is on performance," she said.

Comments
Topics mentioned in this article
India Hockey Commonwealth Games 2010
Get the latest Cricket news, check out the India cricket schedule, Cricket live score . Like us on Facebook or follow us on Twitter for more sports updates. You can also download the NDTV Cricket app for Android or iOS.