The men's team is grouped in Pool B along with Pakistan, Malaysia, Wales and England. 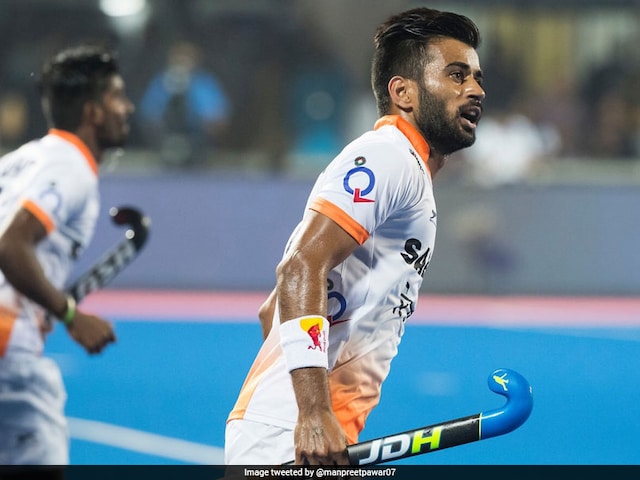 Indian men's hockey team captain Manpreet Singh expects nothing less than a gold medal as the team on Tuesday departed for the Gold Coast, where the 2018 Commonwealth Games will take place from April 4. The men's team was accompanied by their women counterparts led by Rani Rampal, and were given a warm send-off by Hockey India officials, friends and family members of the players. Both the teams were based out of the Sports Authority of India (SAI), Bengaluru for the national camp where the teams under their respective coaching staff underwent rigorous preparations for the quadrennial event.

With the Commonwealth Games being the first of the many major tournaments this year, both the teams are looking to set the momentum for the rest of the year and are hopeful to achieve their targets in Australia.

"We are looking at nothing less than a gold medal at the CWG. We have lost two consecutive finals in the previous editions to Australia but this time we want to aim for a better colour of medal," Manpreet said.

"The team went through an intense preparation camp with focus on specific areas that required improvement. Now it will be all about executing the plans we have against each team to perfection and remain consistent throughout the tournament," asserted the 25-year-old midfielder.

The men's team is grouped in Pool B along with Pakistan, Malaysia, Wales and England.

While the men's team begin their campaign on April 7 against arch-rivals Pakistan, the women's team will take on Wales on April 5.

"I don't think any team is easy to beat. Every match will be challenging but to begin with a victory will be ideal. We are going for the CWG as serious contenders for a medal," skipper Rani said.

"We are hungry to win and build on our reputation as Asian Champions. We have left no stone unturned in our preparations and have worked on every area that has bothered us in the past," added Rani.

The women's team is grouped in Pool A along with Wales, Malaysia, England and South Africa.

Comments
Topics mentioned in this article
CWG 2018 Hockey
Get the latest Cricket news, check out the India cricket schedule, Cricket live score . Like us on Facebook or follow us on Twitter for more sports updates. You can also download the NDTV Cricket app for Android or iOS.