Saweety Boora stormed into the next with a win over Mangolia's Myagmarjargal Munkhbat while Neeraj Phogat lost to China's Qiao Jieru in Women's World Boxing Championships. 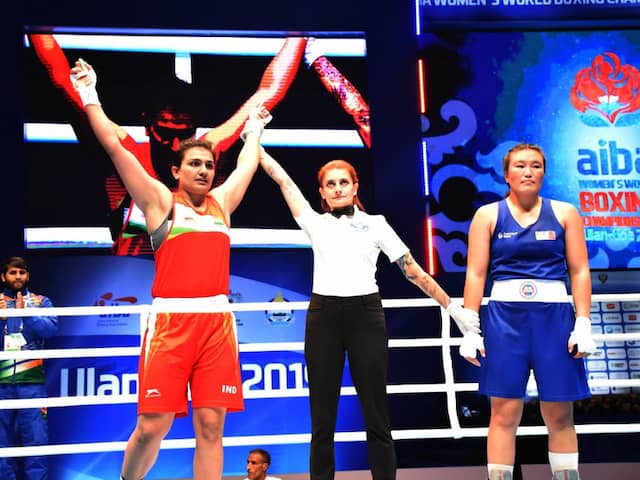 Saweety Boora won her bout with a unanimous decision.© Boxing Federation of India

Former silver medallist Saweety Boora (75kg) on Saturday advanced to the pre-quarter finals with a comfortable win while Neeraj Phogat (57kg) was ousted thanks to a contentious decision by the judges at the 2019 Women's World Boxing Championships being held here. Neeraj looked the superior opponent for much of her first round bout against China's Qiao Jieru. Jieru looked helpless at various points of the bout and even got a warning for excessive holding. At the end of it, the Indian looked set to advance but the judges gave a 3-2 decision in the Chinese's favour.

The Indian contingent lodged an official complaint against the decision in accordance with the new International Boxing Association (AIBA) rules but it was turned down by the technical committee.

Later in the day, Boora faced no such issues against Mongolia's Myagmarjargal Munkhbat, winning the bout with a unanimous decision and setting a pre-quarters clash with Wales' second seed Lauren Price. Boora was dominant for much of the bout. While her opponent did claw back towards the end, it had little effect on the final outcome.