Philippine superstar Manny Pacquiao announced Wednesday he is retiring from boxing after a glittering decades-long career in the ring. 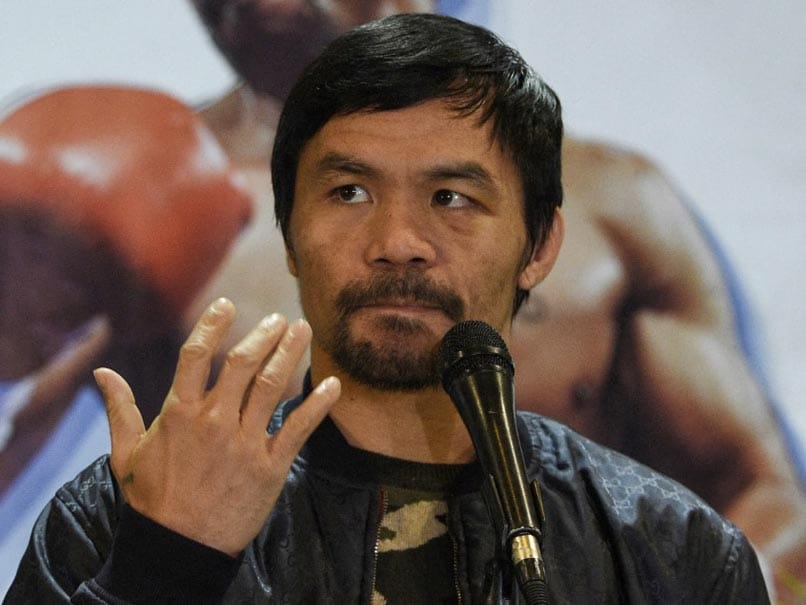 Manny Pacquiao has ambitions to be the next president of Philippines.© AFP

Philippine boxing legend and 2022 presidential hopeful Manny Pacquiao said on Wednesday that he is hanging up his gloves after a glittering decades-long career in the ring. The eight-division world champion and senator, who has his sights set on a high-stakes rumble to replace President Rodrigo Duterte, said quitting the sport that had lifted him out of poverty was the "hardest decision" of his life. "It is difficult for me to accept that my time for me as a boxer is over," Pacquiao, 42, said in a video message on Twitter that quickly went viral. "Today I am announcing my retirement."

To the greatest fans and the greatest sport in the world, thank you! Thank you for all the wonderful memories. This is the hardest decision I've ever made, but I'm at peace with it. Chase your dreams, work hard, and watch what happens. Good bye boxing. https://t.co/Bde4wO82sA

It comes weeks after Pacquiao, considered one of the best boxers of all time, lost what turned out to be his last professional fight, against Cuban Yordenis Ugas in Las Vegas.

Pacquiao, who entered politics in 2010 as a congressman before being elected to the Senate, said last week that he will make a tilt for the country's highest office.

Pacquiao, a married father of five, thanked his millions of fans around the world, and paid special tribute to his long-time trainer Freddie Roach who he described as "my family, a brother and a friend".

The decision ends weeks of speculation that Pacquiao was planning to retire after 26 years as a professional boxer. He ended with a 62-8 win-loss record and two draws.

"He's gonna go down as a legend of not just boxing but of the sporting world," Ted Lerner, a US-born sports journalist in the Philippines, told AFP.

"In the future... his name will be sort of synonymous with greatness, in the level of Michael Jordan or people who have transcended their sport and become like mythical legends."

In the video message, Pacquiao said boxing had given him "the chance to fight my way out of poverty" and "the courage to change more lives".

"I will never forget what I have done and accomplished in my life. I can't imagine I just heard the final bell," said Pacquiao, who retired briefly in 2016 before reversing the decision.

Pacquiao is idolised by many in the Philippines both for his punching power and rise from desperate street kid to the peak of boxing.

He dropped out of high school at 14, sold doughnuts on the roadside and became a grocery stacker to help his mother support two younger siblings.

Within a few years, the diminutive southpaw was a pro boxer.

News of his retirement was greeted with mixed feelings in his southern hometown of General Santos, where support for the boxer runs deep.

As he prepares to register as a presidential candidate, Pacquiao has vowed to tackle poverty and corruption in a bid to win over voters with his rags-to-riches story.

After two terms as a congressman and one as a senator, Pacquiao's ambition is not unrealistic in a country famed for its celebrity-obsessed politics.

But victory is far from assured.

Fans see Pacquiao as living proof that success is possible for anyone who works hard, no matter their origins.

In his heyday, his fights stopped traffic and crime.

But Pacquiao has stirred controversy as a politician, earning him plenty of detractors.

Critics accuse the high-school dropout of lacking intellect and being a frequent no-show in the Senate, raising questions about his ability to run the country of 110 million people.

Less than a year out from the elections, Pacquiao has risked political capital in a public battle with Duterte, who rivals the boxer for the affections of many Filipinos and previously mentioned him as a possible successor.

He has also stirred controversy by backing Duterte's deadly drug war, which rights groups say has killed tens of thousands of mostly poor men and sparked an investigation by the International Criminal Court.