Eighteen out of 35 units of the Indian Boxing Federation attend a 'secret' conclave in Delhi on Sunday to weed out suspended officials running the national federation. The state units are seeking greater transparency in dealing with the international federation and a fair election process. 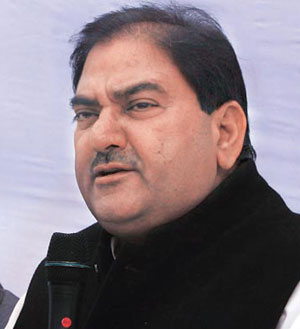 The seeds of a boxing rebellion in India were sowed in Delhi on Sunday. Eighteen out of the 35 affiliated units of the Indian Boxing Federation took part in a 'friendly' conclave to chart a roadmap to win the trust of the international body that suspended India in December last year for electing office bearers in an unfair manner. The fight is against Abhay Singh Chautala and a 'core' group of officials hand-picked by him to run the federation allegedly in a surreptitious manner. Chautala is also the 'elected' president of the Indian Olympic Association and one of the officials who is on the hit list of the International Olympic Committee.

The IBF received a double blow in December last year when it was suspended by the international boxing association and then by the Union sports ministry over allegations of irregularities in its elections held on September 23, 2012. A statement put up on the AIBA website said, "further to the International Olympic Committee's (IOC's) suspension imposed on the Indian Olympic Association (IOA), the AIBA Executive Committee Bureau has decided today (December 6) to provisionally suspend the IABF.

"This provisional suspension is also due to the fact that AIBA had learned about possible manipulation of the recent IABF's election. AIBA will now investigate this election and especially a potential political link between IOA president, as former chairman of the IABF, and the IABF election," added the statement, pointing at IOA president-elect Chautala, who also runs the IBF as its nominated chairman.

The 'secret' meeting on Sunday was chaired by Asit Banerjee, the president of the West Bengal Boxing Association and a senior vice-president of the IBF. It was attended by former secretary-general of the IBF and a former Chautala ally, Brigadier Muralidharan Raja. State units from Nagaland, Sikkim and Arunachal Pradesh also attended, but the presence of the Rajasthan president was significant. The current IBF president Abhishek Matoria is a BJP MLA from Rajasthan and Chautala's brother-in-law.

Banerjee said Sunday's turnout could have been better but a couple of members were "misguided" by the officials running the federation and some were even "threatened with dire consequences". "But we are not going to cow down by threats. This has been the trend in recent times and we will not let boxing run by people who have won elections by breaking all the rules in the book," said Banerjee.

Sunday's meeting, called by Raja, was declared "illegal" by the IBF in a late night press release on Saturday. The national federation also asked Raja to show cause why he had called a meeting that threatened the solidarity of the Indian body. Banerjee explained there was nothing official about Sunday's meeting and it was just a conclave of "like-minded" people who had the welfare of Indian boxing in mind. "The people running the federation has kept us in the dark and they issue a press release when members are in a state of revolt," fumed Banerjee.

Sources say the boxing 'rebels' have the blessings of senior Indian Olympic Association members who also are seeking a change of leadership at the IOA. It effectively mean Chautala and his men, who run both boxing and the Olympic associations are in the eye of the storm. Banerjee said the IBF has kept members in the dark and their lack of transparency is affecting India's image internationally. "We are in touch with the international federation, too. Chautala is already facing the heat from the IOC and the sports ministry. So he is not going to have it easy," Banerjee said.

Interestingly, the IOC wants the IOA to throw out all its tainted officials by October 31. Chautala is one of those on the hit-list.