India in Bangladesh: Virat Kohli vs Rubel Hossain Among Top Five Battles to Watch Out For

India can ill afford to treat Bangladesh as Test minnows. Not after Bangladesh dished out a promising performance in the World Cup and outsmarted Pakistan at home recently. The Test match at Fatullah will see some intense battles.

Hosts Bangladesh will take on India in a one-off Test at Fataullah starting Wednesday. While the teams may be quite mismatched on paper, India will be wise to respect a clutch of Bangladeshi power-performers, who have the potential to take the fight to the enemy camp. Here's a look at some of the key player battles to watch out for. (World Cup Row Spices up One-Off Test Match) 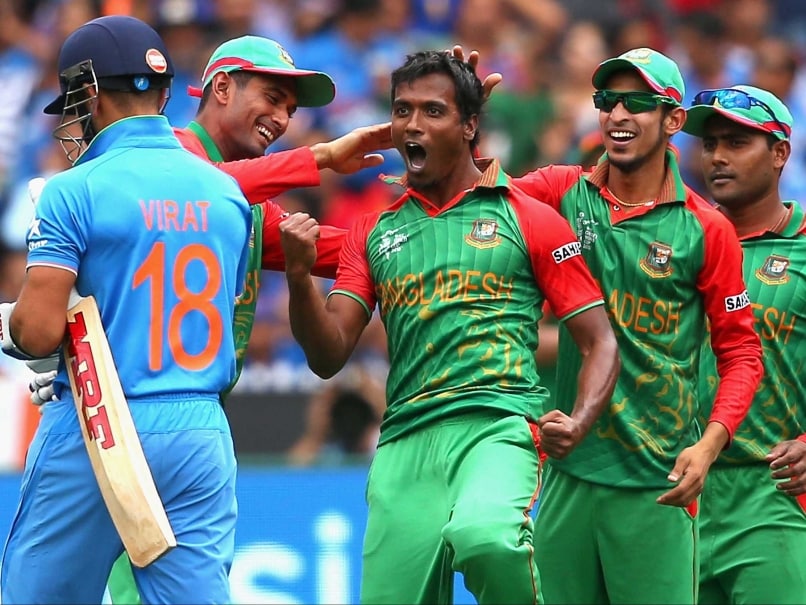 Theirs is a new-born rivalry but one that may explode once again. Virat Kohli's battle against pacer Rubel Hossain was one of the highlights when India played Bangladesh in the World Cup quarters. Since, Hossain's celebration after removing Kohli has gone quite viral online. Both players are un-afriad to show emotions and play to win -- nothing less. (India in Bangladesh: Full Coverage)

Kohli has the added responsibility of captaining the team but years of cricketing experience will bolster the batsman. He recently said that bygones are bygones but will revenge be on his mind? Thrashing Rubel may not be as simple as it may appear.

Rubel became quite the hero in his country after the World Cup. He claimed eight wickets and more importantly, broke England's back to send them packing. Memories of that would still be fresh even if the format and conditions have changed. Expect him to go all guns blazing against his nemesis -- one who himself loves to accept challenges and succeed against them. (India vs Bangladesh - Top Five ODI Encounters) 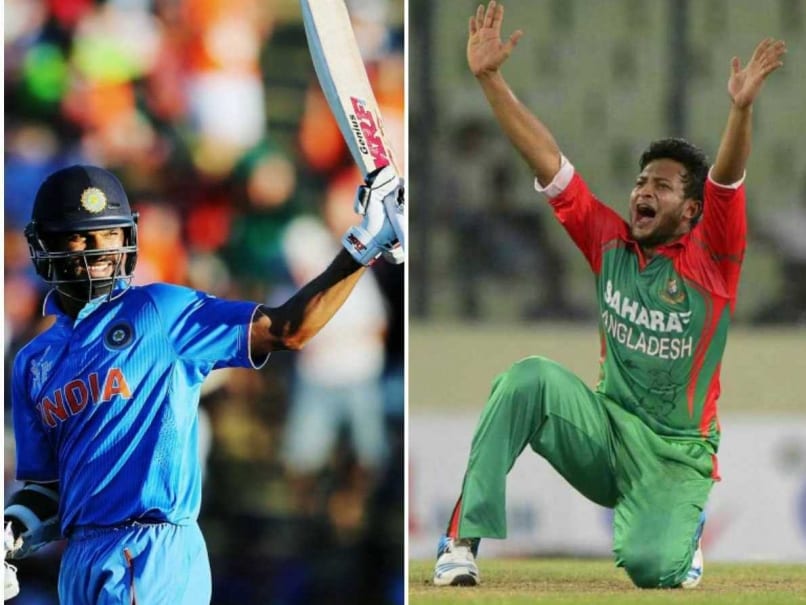 The battle of the left-handed stars!

Shikhar Dhawan had a decent Indian Premier League outing recently. The Test format is quite different from T20s but the seasoned opener knows how to make the transition.

Dhawan has an attacking style of play and his batting upfront can demoralise even the best of oppositions. It isn't anything, though, that Shakib-al-Hasan hasn't seen before. (Confident India's Training Session in Dhaka)

Shakib is one of the most experienced campaigners in the side, and in fact, in all of the Bangladeshi cricketing fraternity. Lethal in ODIs, Shakib is quite the tactician in the longest format too. With 142 wickets in Tests, he also has played 26 more matches than Dhawan and will look to make it count at Fataullah. 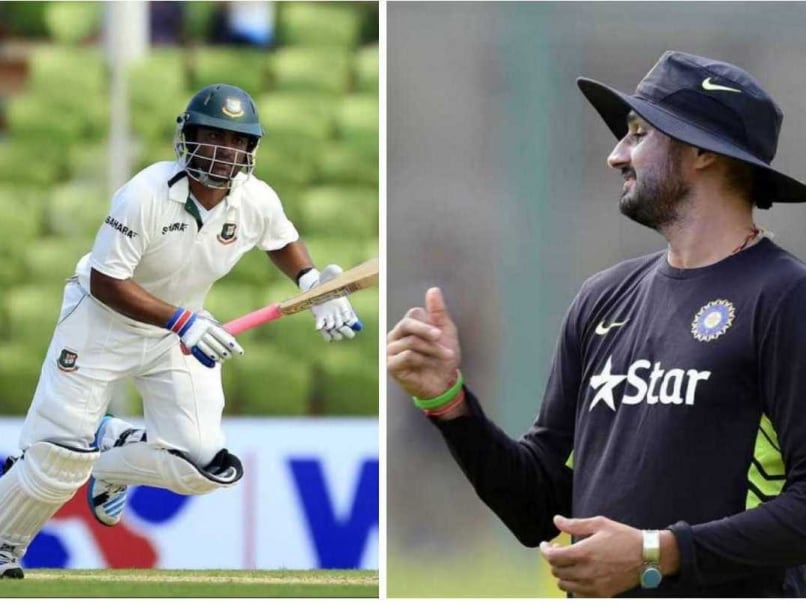 The veteran spinner is making a historic comeback! Harbhajan Singh has all the credibility of leading India's bowling and despite not having played international cricket in two years, remains a lethal force. What makes the 35-year-old even more dangerous is an impressive Indian Premier League and conditions in Bangladesh.

The track at Fataullah is known to assist spinners greatly and Harbhajan has all the experience to make the most of it. In a desperate bid to show he still means business on the cricketing pitch, expect him to add a few more to his tally of 413 Test wickets.

Tamim Iqbal, though, would have done his homework and would try to outfox the veteran. A diligent student of the game, Tamim recently hit 277 runs -- including a century -- in two Tests against Pakistan. High on confidence, an encore from the batsman is a very real possibility -- Harbhajan or no Harbhajan. 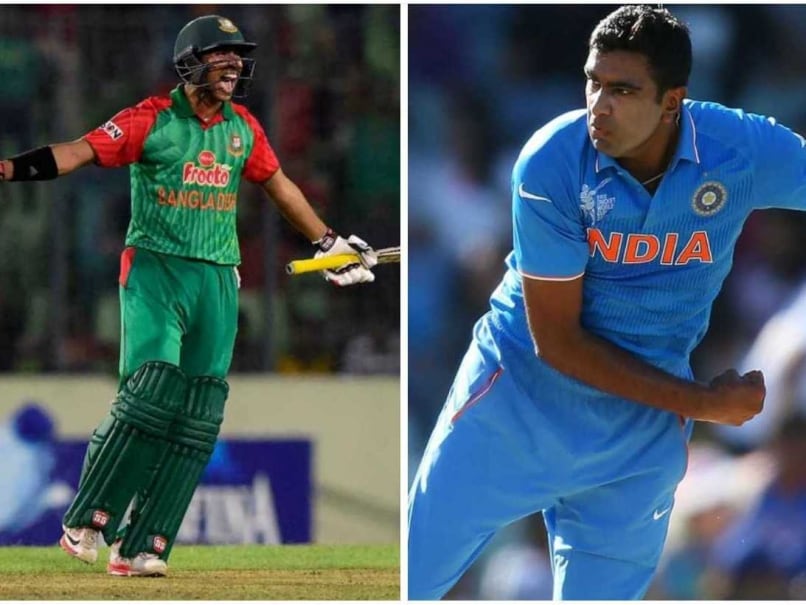 Soumya Sarkar v Ashwin - the youngster against the veteran!

Some of the reasons that make Harbhajan dangerous for Bangladesh hold true for Ravichandran Ashwin as well. He has the credentials, he has the thirst and he is a hard-worker -- one who won't mind working hard for success.

He will form a deadly combination with Harbhajan in a Test where neither bowler will look to overshadow one another. Ashwin may have 119 Test scalps but has been India's go-to spinner for some time now. The 28-year-old would look to counter aggression with responsible bowling but will it be enough to curb the exuberance of young Soumya Sarkar?

Soumya was not overly impressive against Pakistan in the recent Tests. His 175 runs though did play a role in the team's eventual success. Hunger for more runs will propel this batsman and he would look to blunt Ashwin's spin from his end. 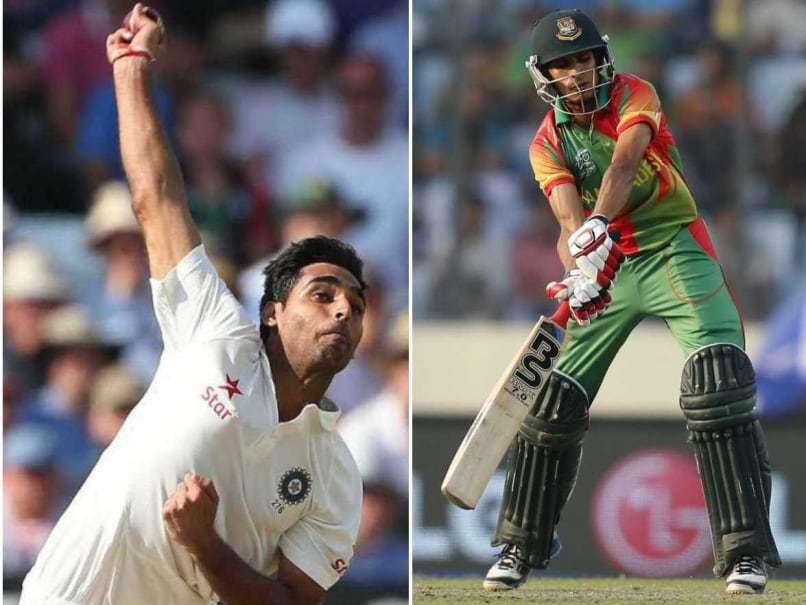 Bhuvneshwar Kumar is making his comeback into the Indian team after an injury lay-off saw him miss the World Cup. A lot has changed since then and therefore, this pacer would be eager to show why he remains relevant to the national team's interests.

He may not be the fastest off the pitch and neither will the Fataullah track add to his pace muscle. These though have never stopped the Meerut bowler from gunning for wickets. Bhuvi has had 29 successes in 12 Tests but that should not be misunderstood as a lack of experience in bowling in the format. On his day, regardless of experience and conditions, Bhuvneshwar can be absolutely devastating.

But so can Nasir Hossain.

This batsman has played just four more Tests than Bhuvneshwar but like him, can be a crucial part of Bangladesh's batting plans. With a century and six fifties to his name, Hossain is a talented prospect. At 23, he has a long road ahead of him as well and runs against India will cement his credentials further. His battle against Bhuvneshwar at the very start can set the tone for the Test.