MS Dhoni Needs to do More to Boost Confidence of Bowlers: Sunil Gavaskar

Sunil Gavaskar believes that every bowler wants the skipper to have confidence in him. He hopes MS Dhoni is always there to offer advice and help out when a bowler is going for runs. 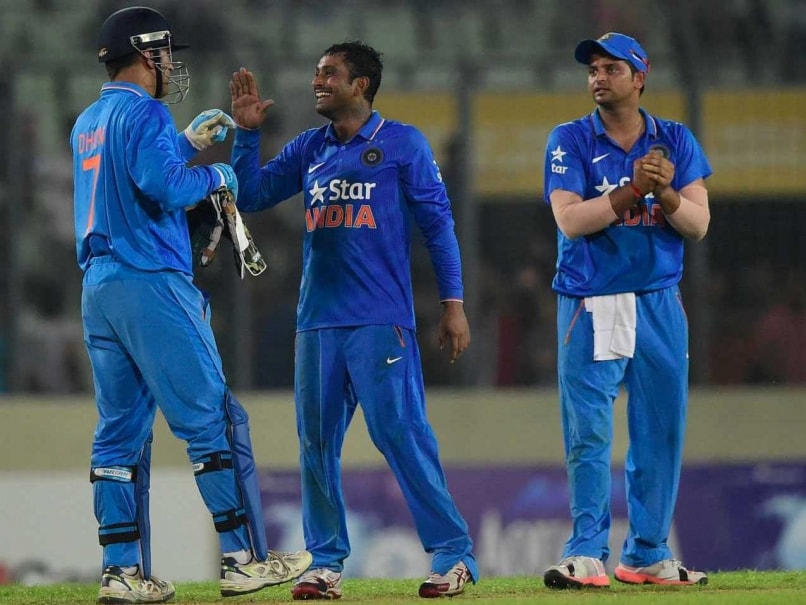 Asked if it was necessary to give bowlers confidence and continue with them in bad times rather than changing often Gavaskar said, "Every member of the team wants the captain to be by his side, be a batsman or a bowler, but particularly a bowler when he is getting some punishment.(Dhawan Likes Dhoni Batting up the Order)

"When the punishment is happening and he is looking around and I think if he has a senior player or a captain around who puts his hands around his shoulders and says don't worry...I have confidence in your bowling, it can make a difference. That is always something captains look to do and try and encourage the bowlers, try and make sure that he is not dispirited," said Gavaskar.(Dhoni Gets Raina's Support)

"If not the captain himself, a senior player is often given the task to stand at mid off or mid on to be able to tell the bowlers to keep their spirits up," he added.(Team India Caught in Dhoni vs Kohli Cross-Fire)

On Wednesday, after India notched up their consolation win in the third and final ODI against Bangladesh at Mirpur, Dhoni had hit out at his struggling quick bowlers, saying that the time has come to decide on the future of the existing pace attack.

Dhoni hit a superb 69 after promoting himself at number four in the match and Gavaskar praised the captain for his impressive batting.

"That is the beauty of his (Dhoni's) batting, isn't it. He can float up and down the order and get runs anywhere. I think he realised that so much depended on him to show the way because the top order, despite having a big reputation, did not do well. Apart from Shikhar Dhawan, there was no consistency, it was one of those rare series that Virat Kohli has not fired," he said.

"I think MSD realised that he had to bat upfront and that is what he did. He showed the way. He got out for 69 after he looked set to go on and get a hundred. But at least he had set the ball rolling, he had set the tempo, he got the rhythm going and that allowed batsmen down the order like Suresh Raina to come and bat freely and get those extra runs that made the difference," said Gavaskar.

Gavaskar, however, said that number four should not be the permanent spot for Dhoni and Ajinkya Rahane should bat at that position.

"He (Dhoni) is always going to see what situation the team is in, what the team needs and then he can promote to number 4 or 5. If the openers made a brilliant start say 150 for no loss in 20 overs, then he might even promote himself to number three if there is the need to get the push going or the pressure going.

Comments
Topics mentioned in this article
India Cricket Team Sunil Manohar Gavaskar MS Dhoni Ind vs Ban, 2015 Cricket
Get the latest updates on Fifa Worldcup 2022 and check out  Fifa World Cup Schedule, Stats and Live Cricket Score. Like us on Facebook or follow us on Twitter for more sports updates. You can also download the NDTV Cricket app for Android or iOS.