Mahendra Singh Dhoni said India need to now decide what kind of fast bowlers are needed - men who can bowl fast or those who can hold their line and lengths. The two-time world champions recently suffered their first ever bilateral series defeat against Bangladesh. 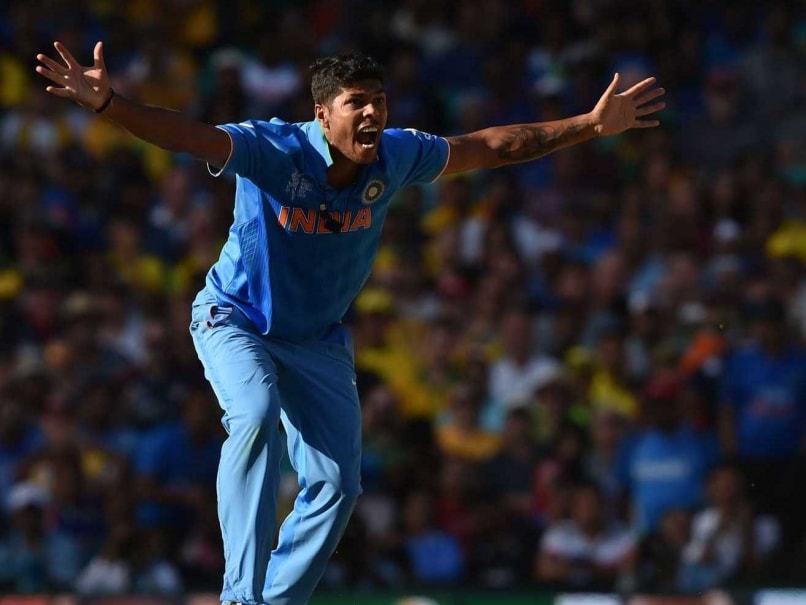 Recently, when asked about his future as India's ODI captain, the usually calm Mahendra Singh Dhoni shot back, "I'm always the one blamed for everything wrong with Indian cricket. Maybe it is all because of me that everything (bad) is happening"

But ask those that have been following the ongoings in Indian cricket for the past few years, and they may not entirely agree with Dhoni; because as far as perceptions go, there is only one element to blame for all the ills in India cricket - the Indian fast bowler. (Dhoni Needs to do More to Boost Bowlers' Confidence: Gavaskar)

Keeping with the trend, the Indian captain criticised the pacers for India's poor show in the recently concluded ODI series against Bangladesh. (No Conflict in Team India: Ganguly)

"I think we have reached a point where we have to decide whether we want to continue with bowlers who are really quick, or we go with bowlers that are not quick but know what line and length to bowl and push the batsmen to commit errors on the field. (Kohli Blames 'Doubtful Decision Making' for Series Loss)

Dhoni's statement could have been influenced by how Mustafizur Rehman performed against his team; a medium pace bowler who emerged as the highest wickettaker in the three-match ODI series, not because of his pace, but due to his immaculate control and deceptive variations.

Yet, the Indian skipper's assessment of his fast bowlers will surprise many. After all, just three months ago, in the last international tournament that India played before the series against Bangladesh, the fast bowlers were the talk-of-the-town, instrumental in India picking up 70 wickets in seven games during the World Cup.

At the time, in the middle of the 2015 World Cup, Brian Lara had told NDTV , "Teams are not used to facing Indian bowlers bowling 145 kmph plus. In my time, India had Javagal Srinath, one occasional fast bowler getting it up there, but you could relax at the other end. I don't know where the current bunch has come from but they have a lot of quality"

So what has changed since then? Sure, the Bangladesh series has been a forgettable one for the Indian pacers, but does the blame solely lie with the bowlers? Is it a co-incidence that the results in Bangladesh have been directly proportional to the way India's batsmen have performed?

Sunil Gavaskar elaborates: "Whenever India's batsmen give their bowlers a big total to defend they bowl that much better, they are under much less pressure. Even if they go for runs in the initial overs, they come back very well. But when runs are not on the board then it is a little difficult for Indian bowlers to perform at their best"

Indian pacers not doing well has resulted in questions being asked of the skipper too: as the leader of the pack, Dhoni giving enough support to his bowlers, especially in the current scenario, where rules ensure that the bat dominates the ball?

Following the constant rotation of fast bowlers in the Indian team, former India player Mohammad Kaif tweeted, "Don't think even the captain knows who his four best bowlers are. Just as one gives confidence to out-of-form batsmen by retaining them, same should be done with bowlers. Too much chopping and changing is not good"

Maybe it is time for Indian cricket to judge its bowlers based on what is happening around the globe, and not in isolation.

The reality is, bats are becoming bigger, pitches flatter, boundaries shorter and fielding restrictions favour the batsmen. All these factors have resulted in huge scores being posted in one-day cricket. Yet, when England and New Zealand play high-scoring games, their batsmen are praised; when the same happens to an Indian team, bowlers get all the flak.

Comments
Topics mentioned in this article
India Cricket Team Bangladesh Cricket Team Ind vs Ban, 2015 MS Dhoni Cricket
Get the latest updates on Fifa Worldcup 2022 and check out  Fifa World Cup Schedule, Stats and Live Cricket Score. Like us on Facebook or follow us on Twitter for more sports updates. You can also download the NDTV Cricket app for Android or iOS.