Shakib Al Hasan scored 123 runs at an average of 61.50 runs including two half-centuries during the three-match ODI series against India. He also took three wickets for 99 runs. 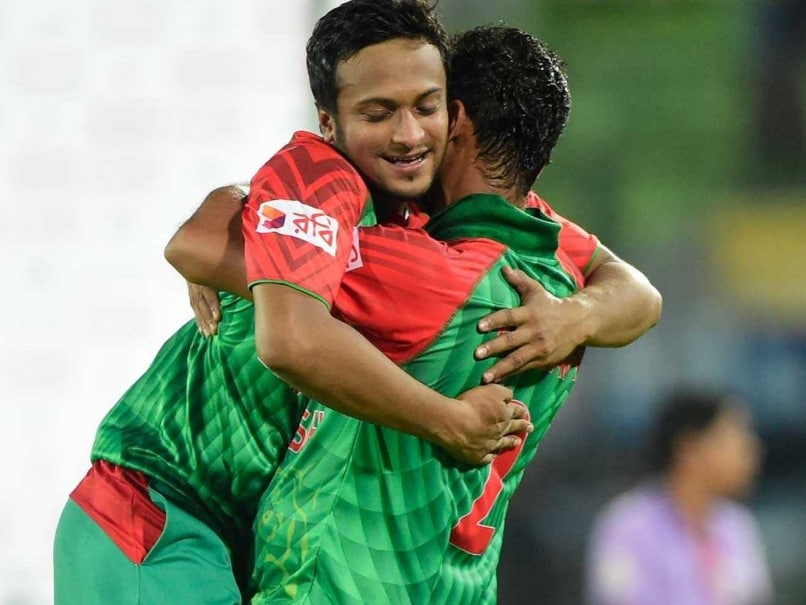 Bangladesh cricketer Shakib Al Hassan has been ranked the best all-rounder in One-Day Internationals (ODI) once again. (Bangladesh Move Up in ICC Rankings)

The latest ranking means he is now on top of the pack in all three formats of the game. The southpaw had topped the all-rounder rankings for Test, ODIs and Twenty20 Internationals just ahead of the World Cup earlier this year.

But an ordinary showing in Bangladesh's campaign in the game's showcase event in Australia and New Zealand saw him slip down the ladder. (Mustafizur Rahman, Present Perfect, Future Bright)

In the latest International Cricket Council (ICC) rankings, released after the Bangladesh-India series, Shakib pipped Sri Lanka's Tillakaratne Dilshan to the top spot. He now has 408 points to Dilshan's 404. Behind them is Dilshan's compatriot Angelo Mathews with 308.

Shakib scored 123 runs at an average of 61.50 runs including two half-centuries during the three-match ODI series against India. The ace cricketer took three wickets for 99 runs in the just concluded series which Bangladesh won 2-1.

Comments
Topics mentioned in this article
Bangladesh Cricket Team Shakib Al Hasan Ind vs Ban, 2015 Cricket
Get the latest updates on SA vs IND 2021-22, check out the Schedule and Live Score . Like us on Facebook or follow us on Twitter for more sports updates. You can also download the NDTV Cricket app for Android or iOS.