Bangladesh Need Not Get Carried Away After Beating India, Feels Geoffrey Boycott 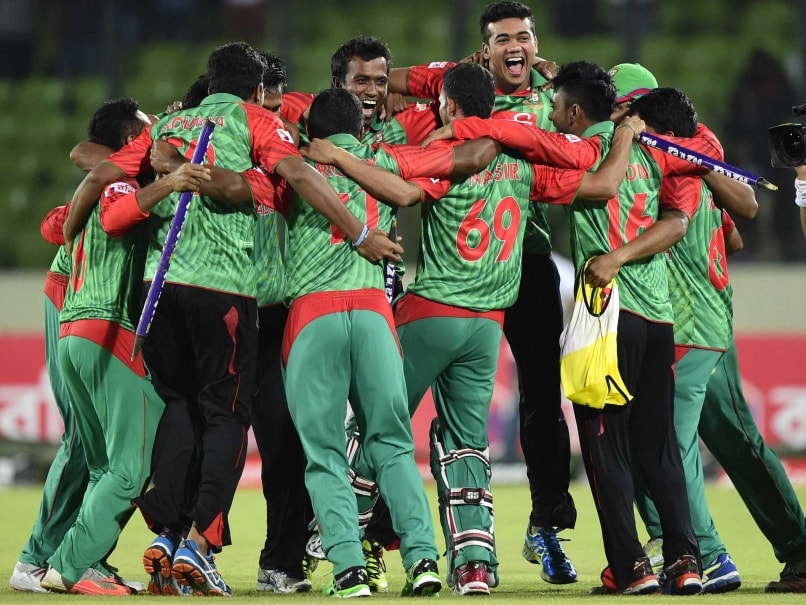 Bangla Tigers on a rampage© AFP

Bangladesh are basking in glory after successive bilateral ODI series victories over traditional sub-continental powerhouses Pakistan and India, but former England captain Geoffrey Boycott felt the Tigers were getting carried away with their 'occasional' triumphs at home over stronger teams.(Mustafizur a Bright Future for Bangladesh)

Bangladesh, who had defeated England in a World Cup group match in Adelaide to qualify for the quarter-finals, were knocked out by India in a controversial match. However, the Asian minnows have had a dream run since cricket's showpiece event, whitewashing Pakistan 3-0 and shocking India 2-1 in successive ODI series. But Boycott pointed out that all those stellar performances have come at home and Bangladesh need to do a lot more.('Bangladesh Weighed Down by Whitewash Expectations')

"Bangladesh not quite minnows anymore but they are getting carried away. Beating India occasionally, and Pakistan or even Sri Lanka don't send waves through the cricket world," Boycott, now an outspoken commentator, told ESPNcricinfo.('Bangladesh Can Win Anywhere')

"I don't want to put a damper on Bangladesh's excitement but nearly all their good performances have come at home. That doesn't make the world sit up. Beating Australia and South Africa in their home would be a huge step and we will all take notice. I accept one of their best performances was beating England in Adelaide. They were superb. But they need to go abroad and win Test matches against the big boys like Australia, South Africa, New Zealand and England."(Mortaza Wants Team to Maintain Intensity vs South Africa)

Bangladesh had created history in the World Cup Down Under, reaching the knockout stage for the first time. The team has been in fine form at home, defeating New Zealand and Zimbabwe among other teams. But Boycott says Bangladesh need to achieve more because the International Cricket Council has invested a lot in their development and growth, over the years.

"The cricket community loves Bangladesh and wants them to succeed. We aren't anti-Bangladesh. A lot of the ICC's money has been poured into Bangladesh. It will take time to match the big countries.

"It took time for Sri Lanka, Pakistan and even India, who were not able to match the big teams. But these countries did not get the kind of money Bangladesh did. They had to make it on their own. I don't think Bangladesh need to get carried away," Boycott said.

Comments
Topics mentioned in this article
India Cricket Team Bangladesh Cricket Team Ind vs Ban, 2015 Geoffrey Boycott Cricket
Get the latest updates on ICC T20 Worldcup 2022 and CWG 2022 check out the Schedule, Live Score and Medals Tally. Like us on Facebook or follow us on Twitter for more sports updates. You can also download the NDTV Cricket app for Android or iOS.