MS Dhoni's Achievements Should Not be Forgotten, Says Shahid Afridi 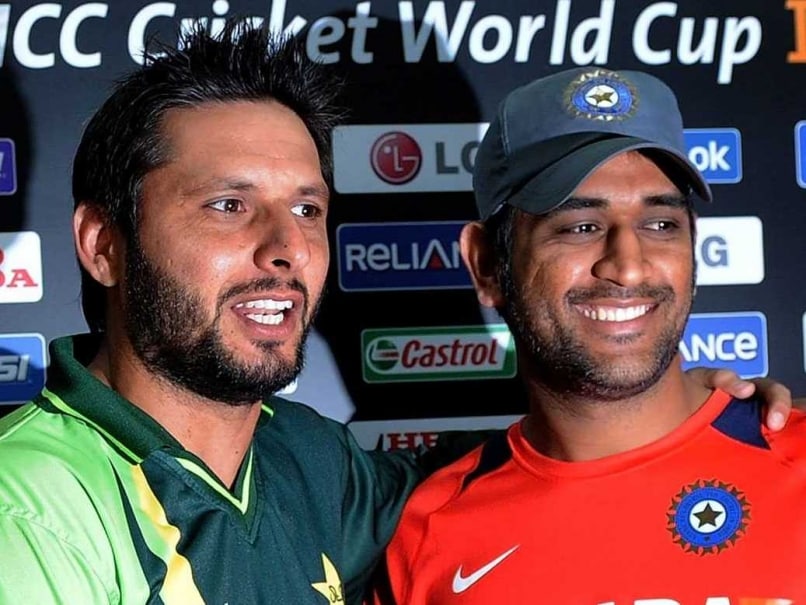 Mahendra Singh Dhoni may have faced lot of flak for his team's embarrassing ODI series defeat against Bangladesh but Pakistan T20 captain Shahid Afridi is "not happy" in the manner the Indian ODI skipper was being targeted.('Dhoni Needs to Boost Bowlers' Confidence')

Afridi termed this as "sub-continental trend" where the cricketing heroes are pilloried after one odd series defeat.(Dhoni Batting Higher Big Boost for Dhawan)

"I really felt bad in the way MS (Dhoni) has been treated after Bangladesh series defeat. I completely think it's a sub-continental trend where our heroes are not spared after one bad defeat. The media is also responsible for not painting the true picture at times," Afridi told PTI during an interaction.(Dhoni Gets Raina's Support)

Afridi could empathise more with Dhoni as he has also faced criticism over the years in his own country.

"I am not saying that one should not analyse the present performance of a leader or a player. Criticise him but when you do that please don't forget to also inform the world about the past. When you look at Dhoni, just look at his record before jumping to any conclusions. He has been such a tremendous player for India. His record speaks for itself," said Afridi.

"Dhoni has built such a good team for the future. There is so much quality and talent in that batting line-up," he said.

"Pakistan cricket's domestic structure has improved a lot in recent years. That is why we are now having a good supply line of youngsters in the national team. This team will only grow from strength to strength in coming days," observed the 35-year-old.

Afridi quit playing ODIs after World Cup in Australia and New Zealand with a record 398 ODIs. Asked if he regrets not reaching the coveted 400 ODIs milestone, he replied: "Not at all. In fact I am grateful to Almighty Allah (God) that I have got the opportunity to play for Pakistan for such a long time.

"I am very happy to play T20 for Pakistan and would like to play the World T20 in India, next year," Afridi said.

The hard-hitting batsman also said that plying his trade in T20 leagues across the world is his way of staying fit for competitions.

"I have played in Big Bash in Australia and now I will be playing for St Kitts and Nevis in the Caribbean Premier League (CPL). In all these tournaments, you play with some of the top international cricketers in the world and you know you will have to be at your best to compete with them," said Afridi.

While signing off, Afridi said that "India's co-operation will be needed" to resume full-time cricket in Pakistan.

Comments
Topics mentioned in this article
India Cricket Team Pakistan Cricket Team Bangladesh Cricket Team MS Dhoni Shahid Afridi Ind vs Ban, 2015 Cricket
Get the latest updates on Fifa Worldcup 2022 and check out  Fifa World Cup Schedule, Stats and Live Cricket Score. Like us on Facebook or follow us on Twitter for more sports updates. You can also download the NDTV Cricket app for Android or iOS.