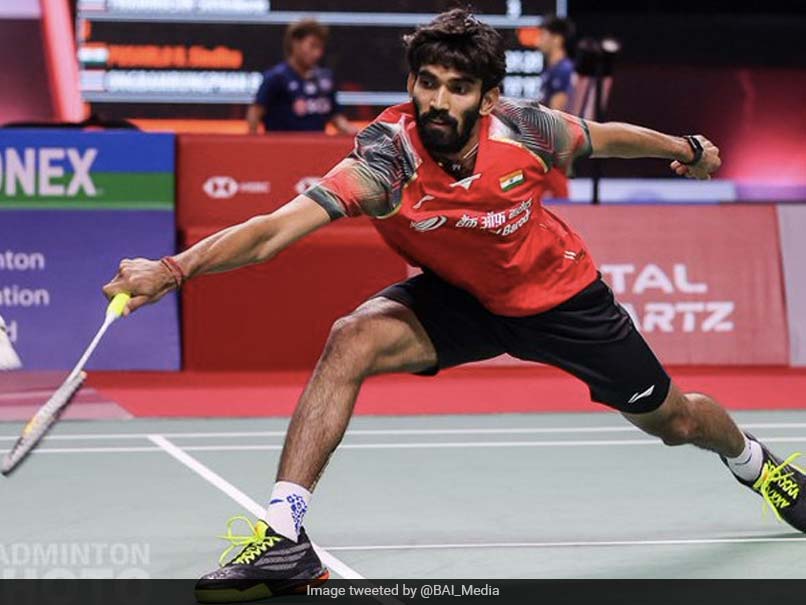 Kidambi Srikanth is one of two Indian shuttlers at the World Tour Finals.© Twitter

Indian shuttler Kidambi Srikanth was on Wednesday defeated by Denmark's Anders Antonsen in his first group-stage match in the ongoing BWF World Tour Finals. Antonsen defeated Srikanth 15-21, 21-16, 21-18 in his first match in the World Tour Finals and the shutter will look to take the winning momentum ahead. The entire match lasted for one hour and 17 minutes. Srikanth came out all guns blazing in the first game and he did not give his opponent any chance, wrapping up the game 21-15 inside 22 minutes.

In the second game, Antonsen managed to change his fortunes around and he won it 21-16 to take the match into the third and deciding game. With the winning momentum on his side, Antonsen capitalised in the third game and he walked away with a victory in the match.

Earlier in the day, PV Sindhu lost her first-round match in the World Tour Finals against world number one Tai Tzu-Ying.

PV Sindhu is the only Indian to win the BWF World Tour Finals as she went all the way in 2018. Kidambi and Sindhu are the only shuttlers from India in action in the ongoing tournament.

The tournament is played by the eight highest-ranked players in the World Tour rankings in each of the five events: men''s and women's singles, men's and women's doubles, and mixed doubles.

The eight entries are then divided into two groups of four. The group matches are played in a round-robin format, with the top two finishers in each group progressing to the semis.

Earlier this month, Srikanth had withdrawn from the Thailand Open after his roommate Sai Praneeth tested positive for coronavirus.