Despite her runner-up finish at the Thailand Open, PV Sindhu is still placed at No.3 while her compatriot Saina Nehwal remained on 10th. 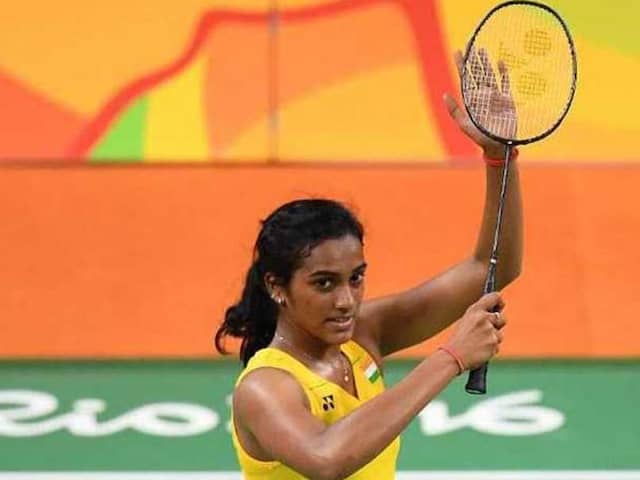 India's star shuttlers P.V. Sindhu and Saina Nehwal retained their positions in women's singles in the latest Badminton World Federation (BWF) rankings released on Thursday. While Saina skipped last week's Thailand Open, Sindhu made it to the final before losing to reigning World Champion Nozomi Okuhara, who climbed up two spots to 6th. Despite her runner-up finish, Sindhu is still placed at No.3 while her compatriot Saina remained on 10th. Meanwhile, 16-year-old Vaishnavi Jakka Reddy climbed up four spots to break into the World top-50 for the first time, achieving a career-best ranking of 50.

Ruthvika Shivani Gadde, who returned to action this week in Singapore, also climbed up two places to 90th. Sai Uttejitha Rao, who hogged the limelight at the All India senior ranking tournament in Bengaluru recently, was one of the biggest movers as she climbed up 13 places to 115.

In men's singles, Kidambi Srikanth and H.S.Prannoy stayed put to their No.5 and No.11 spots, while Sameer Verma and B.Sai Praneeth dropped one place each to 19th and 25th respectively.

Parupalli Kashyap, who reached the pre-quarters of Thailand Open last week, found his way back into the World top-50 as he climbed six spots to 48th.

Among the others, Subhankar Dey dropped three places to 67th while Lakshya Sen faltered five places to 76th.

Women's doubles pair of Ashwini Ponnappa and N.Sikki Reddy dropped one place to 28th. In mixed doubles, Satwik and Ponnappa climbed up nine spots to be ranked 47th.

Comments
Topics mentioned in this article
Badminton Saina Nehwal PV Sindhu HS Prannoy Kidambi Srikanth
Get the latest Cricket news, check out the India cricket schedule, Cricket live score . Like us on Facebook or follow us on Twitter for more sports updates. You can also download the NDTV Cricket app for Android or iOS.