Saina Nehwal and Kidambi Srikanth led Awadhe Warriors charge as they outclassed Delhi Acers to win the tie 6(-1) in the Premier Badminton League on Thursday. 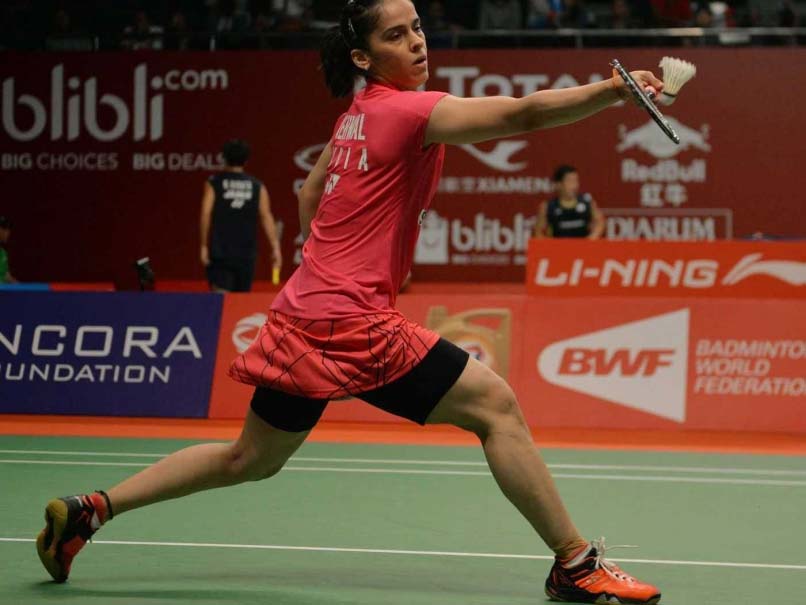 Delhi Acers were handed a humiliating defeat by Awadhe Warriors as they lost the tie by -1,6 in the Premier Badminton League match on Thursday. With this win, Lucknow team reaches at the top of the points table with 11 points and Delhi are still at the bottom.

Catch the highlights of the match here

21:40 IST:  Awadhe Warriors thrash Delhi Acers 6/-1 to win the tie. The win takes them top of points table while Delhi crash out of the competition

20:54 IST: Everything is going wrong with Delhi Acers as Jwala and Vladimir lose mixed doubles' first game too by 12-10

20:45 IST: All eyes will be on Delhi Acers' Jwala Gutta and Vladimir Ivanov who are up against Bodin Isara and Savitree Amitrapai of Awadhe Warriors in MIxed Doubles

20:44 IST: Awadhe Warriors have won the tie and the next two matches will be dead rubber now

20:37 IST: Srikanth is celebrating and Jorgensen opts for a challenge

20:36 IST: Srikanth in the lead now and match point for him

20:35 IST: Jorgensen had tucked the shirt in and it's not allowed at all. He has to take it out

20:29 IST: It's a decider now. Srikanth leads 6-4 against the Denmark player in the third game

20:00 IST: Next up in men's singles are Jan O Jorgensen and the local favourite Kidambi Srikanth

19:50 IST: Both of them are putting up a great exhibition with long rallies

19:47 IST: This is a trump match for Awadhe Warriors. Two points for win and negative point for a loss

19:46 IST: Brilliant court coverage by Jindapol as she level the scores 6-6

19:21 IST: It's Saina Nehwal now, who is up against Thailand's Nitchaon Jindapol in women's singles match

19:06 IST: The next match will be between Saina Nehwal and Jindapol in the women's singles

19:00 IST: Delhi Acers are the defending champions but they are at the bottom of the table this year

18:57 IST: The players of both the teams are out on the court and the first up will be men's doubles match where Akshay Dewalker and Vladimir Ivanov of Delhi Acers will play against Shem V Goh and Markis Kido of Awadhe Warriors

18:55 IST: Welcome all to the live-blog of Delhi Acers vs Awadhe Warriors match

Delhi Acers have not won a tie and are currently bottom of the table but the team which boasts of Jwala Gutta, All England champion pair of Vladimir Ivanov-Ivan Sozonov and also world No.3 Jan O Jorgensen, will be tough nut to crack.

Awadhe Warriors started their campaign on a high by thrashing Hyderabad Hunters in the first game and thereby accumulating five points. They will look now look to get one over the defending champs and extend their lead and reach at the top of the points table.

Comments
Topics mentioned in this article
Saina Nehwal Jan O Jorgensen Jwala Gutta Badminton Live Blogs
Get the latest updates on India vs Australia Series, check out the India vs Australia Schedule for 2020-21 and Ind vs Aus live score . Like us on Facebook or follow us on Twitter for more sports updates. You can also download the NDTV Cricket app for Android or iOS.