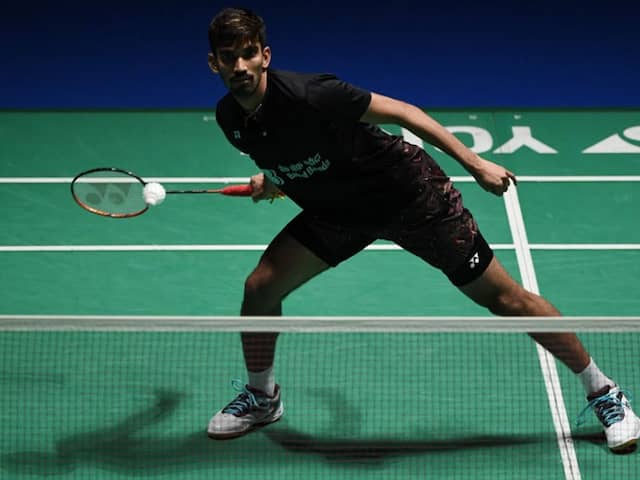 Kidambi Srikanth has looked out of sorts in recent tournaments, including the Asian Games, and his poor run continued as he was knocked out of the China Open 2018 by Japan's Kento Momota on Friday. Reigning world champion Kento Momota put in a dominant display to blow away the Indian seventh seed 21-9, 21-11 in a match lasting just 28 minutes. Srikanth had struggled against Thailand's Suppanyu Avihingsanon in the previous round but managed to eke out a 21-12, 15-21, 24-22 to reach the quarters. But there was no such luck for the Indian as he had no answers to the Japanese shuttler's attacking play.

Momota, the third seed, will now take on Chinese second seed Shi Yuqi in the semifinals.

For Srikanth, it was a tough day in the office. He kept early pace with his Japanese opponent early in the first game.

At 4-5, Srikanth was trailing by just one point but that was the last bit of fight that Srikanth showed in the opening game.

The second game went much in the same way as the first with the two players battling it out for the early lead. And like the opening game, it was the world champion, who after holding a narrow early lead, blew away Srikanth by winning nine straight points.

There was no way back for Srikanth as the second seed from Japan managed to hold on to his big lead and march into the final.