Australia vs India, 3rd Test: Rishabh Pant and Cheteshwar Pujara stitched a 53-run partnership, but as soon as Pant was dismissed, the floodgates opened and India went from 195-4 to 244 all-out. 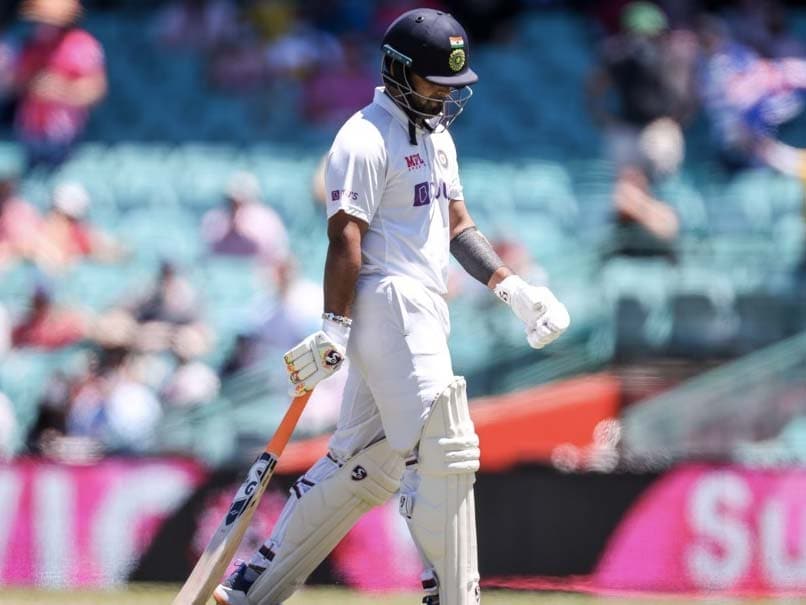 AUS vs IND: Rishabh Pant was dismissed for 36 runs off 67 deliveries on Day 3 in Sydney.© AFP

India batsman Cheteshwar Pujara on Saturday said that the dismissal of wicket-keeper Rishabh Pant was the turnaround moment on the third day of the ongoing Pink Test against Australia at the Sydney Cricket Ground. India's middle and lower-order failed to deliver and India was bowled out for 244 in the second session with Australia taking a 197-run lead over the visitors. Pant and Pujara stitched a 53-run partnership, but as soon as Pant was dismissed, the floodgates opened and India went from 195-4 to 244 all-out.

"You should give credit to Australia for the way they bowled, they did not give any loose balls. If you look at the way our innings was progressing, we were in trouble when Rishabh got out, apart from that, till then we were in a comfortable position. We were 180/4 but things turned out once Rishabh got out, and then I got out. We did not score too many after that, I thought losing Pant was a turnaround, our aim was to get to around 330-340 but we missed out there," said Pujara during the virtual press conference at the end of the third day's play.

Both Pant and Ravindra Jadeja were hit on their hands -- elbow and thumb respectively -- and as a result, both players were taken for scans and they did not take the field when India came out to bowl.

"Well when Rishabh got hit, I was not aware as to how bad it was, I don't know about the results of his scans, will know about it later. Both Pant and Jadeja are important members of the team, whatever happens with them, I still feel we will have to put on a good show tomorrow," said Pujara.

"To be honest, it does affect because we are left with four bowlers and it puts pressure on the other bowlers, so it's never easy when you lose a bowler especially when it's Ravindra as he can keep bowling from one end and he can land the ball at the right line and length, he puts pressure on the batsmen. He is valuable as a bowler and fielder, losing him is a blow for us, but the first session tomorrow will be crucial and we will put a better show," he added.

Talking about the frequent batting collapses in overseas conditions, Pujara said: "I would say that when we are playing overseas, it's never easy, some of the guys are still learning. We have to bat well as a lower-order, we just have to accept this, it is something which we need to address, we have also spoken about it. I feel a major concern is we are losing too many wickets when we are six down, the lower-middle order has to bat well, Bumrah has improved his batting, and our bowlers are working on their batting. The margin of error is less as a batsman, you need to also give credit to the bowlers."

In the second innings, Australia had reached a score of 103/2, extending their lead to 197. Pujara said that the team's bowling lineup is relatably young and they will learn from this opportunity.

"Our bowlers are learning, if you look at our current fast-bowling lineup, they are slightly inexperienced. But I think day by day, they will get better. It is an opportunity for them to learn. It is Siraj's second game and Saini's first game, they are bound to make mistakes. We have to allow them some time to settle in, it's not easy to bowl in Australia, our bowlers have to learn few more things, some of the things could have been done better, we need to show better discipline in our bowling, we are doing the things which we can," said Pujara.